We Will Restore Dignity, Majesty and Global Reputation Of Indian Judiciary: Law Minister 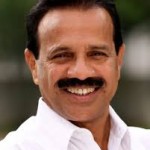 Hon’ble Shri Sadananda Gowda, the Minister for Law & Justice, has assured that reforms will be ushered in to remove “legal dead wood” in the form of obsolete laws. He has also stated that reforms will be made in the fields concerning the “dignity, majesty and global reputation” of the judiciary so that its independence is always preserved and it is kept in high esteem

Ladies and gentlemen participating in the Conference, members of print and electronic media covering the proceedings of the Federation must recognise the essentiality of the inherent need for revenue for all countries either developed, under developed or a developing country in the world, as without revenue, the whole functioning of the sovereign State comes to a brutal standstill. You are all well aware that a major chunk of revenue either for the Centre or the State as the case may be, is always generated through levy and collection of taxes of both direct and indirect taxation from the public.

No doubt, as I am given to understand from the quotations of great reputed philosophers, financial wizards and, economic experts in the globe that taxes are compulsory exaction of social fees by public authority under a public law for the survival and progress of a civilized society. To a tax payer for payment of the taxes due to the State in administration of a taxation law, the State may not be rendering any services. I am also given to understand that obligation to pay taxes does not rest upon any contract, express or implied or on the consent or volition of a taxpayer, for, a tax is not a debt in the ordinary sense of the word.

Jurisprudence is the science of law and now, the term properly employed in the technical sense was also employed in various other senses respectively suggested by etymology, by historical accident or by the pursuit of euphony.

Jurisprudentia “like juris scient in” originally denoted merely such a knowledge of the laws of his country as well as possessed by a practising lawyer at Rome. Friends, jurisprudence of various types such as analytical jurisprudence, competitive jurisprudence, ethical jurisprudence, fiscal jurisprudence, general jurisprudence, international jurisprudence, service jurisprudence, criminal jurisprudence and finally taxation jurisprudence. The province of jurisprudence is therefore to determine what is meant by law “ius” what are its sources and species and what are the objects which it serves. Now as I perceive today’s tax conference intended to deal with selected topics of general importance of both under direct and indirect taxation comes within the domain of taxation jurisprudence. In the concept of a tax, a wide range of economic criteria is required to collate. That means a detailed economic survey and investigations project formulation of the policy of a tax and its effectuation through legislature, measures is a recognised phenomena. In the modern pluralist intensive welfare State, a taxing law is not merely a measure for raising funds to meet the expenses of the Government but it has a fiscal machine, a pious vision and is a tool of economic regulation. The direct taxation simplicitor takes in its fold, the income tax law, the basic tenet of which is to levy tax on the personal income of an assessee and the expression assessee need not necessarily denote, or connote a restricted meaning confined to a citizen of the country and indisputably its arms are so lengthy to reach a business house being a branch of multinational organisations situated outside the country. In juxta position, the indirect tax law inter alia does provide for levy of tax on production, sale of goods or the latest being on provision of services and thus it is beyond cavil that the accepted tenet of indirect taxation is a destination based one or in other words a consumption based one. In other words the levy of indirect tax percolates from top to bottom.

Let me also deal with a fine aspect as to what would be the changes coupled with sequences ahead in taxation jurisprudence in the presence of the much more talked global economy. In other words economy at international level is sought to be globalised with liberalised or elasticised approach for the whole world or globe is transformed into a single or singular village. It is believed that such a globalized economy would give ample but enormous as also expanded scope without heaps and bounds for the growth of trade, commerce, industry as also heritage, culture, human relations, scientific developments and provision of services in all respect including medical sciences and finally global economy would open gates for global representations by the qualified tax professionals by whatever name as the case may be. The visible result and reality is that several multinational companies have already opened their branches in our country vice versa giving scope for healthy competition and stabilisation in the prices as well as assured or ensured availability of the commodities and services throughout all places in all the countries over the globe.

Friends, you must by this time are well aware of the ideas and ideologies of our Government in this regard and during the visits to other countries, our populous Government headed by our beloved and respectful Prime Minister has been emphasising with appeasing appeal to the foreign entrepreneurs to explore the possibilities of setting up many more industries and trade houses in our country which would ultimately strengthen the economic sources of the country, resulting in improvised employment potentiality, revenue collection and export of trade etc., and ultimately would give a kind of fillip to our country to be placed at the zenith of global economy. Simultaneously Indian entrepreneurs are also utilising the benefit and advantage of global economy to set up many more industries and trade houses in many more developing and under developing countries where there is a lot of scope for growth.

Friends even in the arena of tax laws, the legal dead wood as announced by our Government is a year ago removed and cleared as various acts which have become obsolete commenced for being are being repealed, abolished or removed so as to dispel the confounded confusion prevailing everywhere. Even in the fields concerning the dignity majesty and global reputation of Indian judiciary, the required and much awaited reforms have been ushered in only to see that the independence of the judiciary is always preserved and kept in high esteem with better available outputs.

Friends, I have consumed a lot of your precious time in my address. Since, it is a conference of national importance being organised for two days touching upon both direct and indirect tax laws giving scope for much more effective and efficacious deliberations in various technical sessions. I thought of sharing whatever little knowledge I do have with you all. It is also on the basis of the laudable objects and the activities being undertaken by the Federation for achieving the excellence in legal education enabling all the concerned to update and enrich their knowledge, professional ethics, I am sure that the administration is also benefited and as such the Federation for its great services honestly and respectfully deserves a kind of special identity and recognition in the society as also with the Government and whatever is required in that direction would be looked into for a positive outcome. I heartily congratulate the Federation and its partners in this effort for the excellent work being done for the benefit of one and all.

3 comments on “We Will Restore Dignity, Majesty and Global Reputation Of Indian Judiciary: Law Minister”