This section is now closed. Click here for new articles

editor Posted in Articles — No Comments ↓ 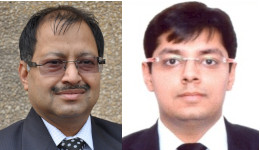 CAs Dr. Raj K. Agarwal and Somil Agarwal have studied the provisions of The Banning of Unregulated Deposit Scheme Act 2019 and pointed out that there is widespread confusion as to whether the taking of all deposits and loans is banned. The authors have dealt with the issue and provided a clear-cut explanation with reference to the statutory provisions

Ordinance issued by the Central Government as on 21.02.2019 titled as ‘The Banning of Unregulated Deposit Scheme Ordinance, 2019’ (No. 7 of 2019)has been substituted by passing the Act by parliament. It provides a comprehensive mechanism to ban the unregulated deposit scheme and to protect the interest of depositors and for matters connected therewith or incidental thereto.

Nature of deposits banned under the Act

As per the language of the Ordinance, there was a widespread confusion regarding the nature of deposits or loans which have been banned to be accepted. Contradictory opinions were expressed in different quarters in this regard. It was expected that while passing the Act, such concerns would be appropriately addressed but the Ordinance has been enacted having almost the same provisions and language except introduction of section 41 in the Act stating that the provisions of this Act shall not apply to deposits taken in the ordinary course of business.

Generally, a common man is concerned as to whether under the Act following kind of deposits/loans are permitted to be accepted or not?

(i)      A loan/deposit taken by an individual from his friend for personal need or for his business purpose.

(ii)     A loan or deposit taken by a partnership firm/LLP from some other person/entity for its business need.

The primary reason of confusion in this regard is that the Act has defined‘deposits’ and  ‘unregulated deposit scheme’ thus giving impression as if all deposits/loans falling within definition of ‘deposit’ as given in the Act are not permitted to be accepted.

(iii)    Security or dealership deposited for the performance of the contract for supply of goods or provision of services; or
(iv)    An advance under the long-term projects for supply of capital goods except those specified in item (ii).

Provided that if the amounts received under items (i) to (iv) become refundable, such amounts shall be deemed to be deposits on the expiry of fifteen days from the date on which they become due for refund.

Going further, ‘Unregulated deposit scheme’ has been defined as per section 2(17) of the Act as under –

All deposits not banned under the Act

The term ‘scheme or an arrangement’has not been defined under the Act.

Dictionary meaning of ‘scheme’ is as under-

“A large-scale systematic plan or arrangement for attaining some particular object or putting a particular idea into effect.”

It would imply that scheme or an arrangement would include an organized activity of accepting or soliciting deposits from several persons or group of persons or from the persons in general.

The term ‘by way of business’ has not been defined in the Act. In common parlance, we understand that ‘business’ means an organized activity with the intent to earn profit.

As per above definition, it is clear that  that ‘unregulated deposit scheme’ would cover within its scope a scheme or arrangement under which deposits are accepted or solicited by any deposit taker and the activity of accepting deposits is in the nature of business activity.

From the above analysis of the definition of ‘unregulated deposit scheme’, it can be said that a deposit or loan taken by an individual from his friend or some other entity for his personal need or for his business purpose, or a loan taken by a partnership firm/LLP from some other individual or entity for its business needs is not in the nature of ‘unregulated deposit scheme’ and therefore, such deposits or loans are not banned as per the Act. This intention of the legislature has been clarified by introduction of section 41 to the Act providing that the provisions of this Act shall not apply to deposits taken in the ordinary course of business. This section did not exist earlier in the Ordinance.

A question may arise as to what is the significance of defining the term ‘deposit’ under the Act if all such deposits are not falling within the scope of ‘unregulated deposit scheme’ which have been banned by the Act.

Answer to this is that the Act has defined the term ‘deposit’ which is quite comprehensive but all deposits have not been banned by the Act.

It is only the deposits which are falling within the scope of ‘unregulated deposit scheme’ which have been banned to be accepted, by the Act.Such wide definition of ‘deposit’ might have been given in the Act by the legislature in its wisdom for any kind of regulatory or clarificatory purpose to be used in present or in future.

But, it can be said that the purpose of defining ‘deposit’ so comprehensively in the Act is not clear. Certainly, giving definition of ‘deposit’ in the Actin comprehensive way cannot lead to the interpretation that all deposits are banned to be accepted as per the Act.

On the other hand, the key words in the definition of ‘unregulated deposit scheme’ are under a scheme or arrangement and by way of business which are significant to decide what kind of ‘deposits’ are banned to be accepted. Ironically, these key words too have not been defined or clarified in the Act.

Intimation of deposits taken to the Designated Authority

It is pertinent to note that the provision regarding intimation also does not require all deposits to be intimated but only those deposits which have been accepted as business.Section 10(1) of the Act requires every deposit taker which commences or carries on its business as such on or after the commencement of the Act shall intimate the authority designated by the Central Government about its business in such form and manner and within such time as may be prescribed. The rules in this regard are yet to be framed so as to prescribe the form or manner in which intimation is to be given.

As per requirement of this section, every deposit taker which commences or carries on the business of accepting deposits is required to make intimation to the authority. It would mean that intimation is not required to be given with respect to every kind of deposits taken by the deposit taken in the ordinary course of its business. In case deposits are accepted or solicited ‘by way of business’, only then there is requirement for making intimation to the authority under this Act. It would remain a debatable issue as to what kind of deposits accepted or solicited may be said to be in the nature of ‘by way of business’.

As per section 10(2), the designated authority will decide if it has reason to believe that the deposits are being accepted pursuant to a ‘unregulated deposit scheme’ or not and to take further course of action in this regard. The language of this section is not happily worded and it may be that when rules are prescribed, the requirement of making intimation under this section gets further clarified.