A Code Full Of Problems! 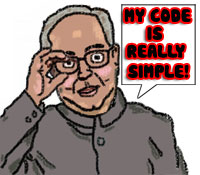 The author is chillingly polite when he says that even the draftsmen of the Direct Taxes Code have not realized the far reaching consequences that their proposals will have. He identifies ten conceptual problems with the Code and warns that unless these are addressed, the Direct Taxes Code will become a draconian piece of legislation. He also implores tax professionals to rise to the occasion and come forward with objective suggestions which will help simplify and rationalize tax laws and procedures

Direct Taxes Code – 2009, may not achieve the desired object of simplification of the Direct Taxes. Tax Professionals must come forward with objective suggestions which will help to simplify and rationalise the tax laws and procedures.

In the 62nd year of independence, the Government has proposed the Direct Taxes Code. Tax professionals, have already started debating on the proposed Direct Taxes Code. We are of the considered opinion that if Government considers the various suggestions put forward by the professionals and professional organisations and thereafter the amended bill is introduced, it will bring stability in the tax laws. Hence the professionals concerned must send objective suggestions without any fear or favour. There are provisions of far reaching consequences in the proposed Code and the objectives may not be realised by the team which has drafted the Direct Taxes Code. It is therefore, desirable to refer the matter to the Select Committee of the Parliament before the Bill becomes an Act.

Demerits of the code.

What is missing in the Code is provision relating to accountability. e.g. when a refund due to the assessee is not granted within the time specified under the Act, the assessee may have to file an appeal and pursue the remedy. No questions will be asked to the Officer why no refund is granted. Similarly, the Officer may make huge addition knowing well that the said additions will be deleted by the appellate authorities still no question will be asked to the Officer in to why he has made such an addition. We therefore is of the opinion that the accountability provision should have been introduced as recommended by Dr Raja Chelliah in his committee report. (1992) 197 ITR 257 (ST).

Section 264 of the Income Tax provides that an assessee can approach to the Commissioner for revision of order passed by subordinate authorities under certain circumstances. However, the Direct tax Code does not provide for any such provision for approaching to the Commissioner. It is very essential to have provision similar to section 264 in the code to render justice to the assessee.

6. Rectification of Mistake apparent on record

At present under section 154, only mistake apparent from the record can be rectified. Clause 167 of the Code proposes to give very wide powers to the tax authorities to rectify their orders within 2 years for the following deemed mistakes.

(a) if there is a decision of jurisdictional High Court or Supreme court after the date of the order.

(b) if there is any amendment in the Code after the date of order,

(c) if there is any finding or direction in the case of the assessee or in any other case for any financial year by any authority or Court in proceedings under the Code or under any other Law.

With such unlimited powers, there will not be any finality for any assessment.

(b) If original assessment is not in accordance with any other direction, instruction or circular issued by CBDT.

(c) if there is any audit objection by Comptroller and Auditor General of India.

With these unlimited powers, the assessment will not be finalised for number of years and it may lead to harassment of the honest assesses and may lead to unethical practice.

Under Clause 112- General Anti Avoidance Rule, the CIT can treat any transaction entered into by the assessee as impermissible avoidance arrangement and tax can be charged if the CIT is of the opinion that the assessee has avoided any tax by entering into such a transaction. This will lead to unending litigation.

9. New concept of taxation of Income

Due to judgements of Apex Court and various amendments, the law was being settled in respect of various issues. However, the new concept of taxation of income will lead to lot of litigations. Therefore, it would be appropriate to maintain the basic structures of Income Tax Act 1961 and make amendments which are very essential. The renumbering of various sections will lead to more complexity rather making the law simple. It may be noted that the Direct taxes Code has 285 clauses and 18 Schedules. In the clause 284 definitions, there are 318 definitions, as against 85 in the Income Tax Act 1961. Present Income tax Act contains 14 schedules in the Direct Taxes code four new schedules have been added and more than 65 sections are transferred to schedule either fully or partly. Whether we can achieve the desired object of simplification of the Direct taxes by shifting the provisions from main sections to definition clause and schedule is a thought for debate and consideration?

10. Professionals must be involved in the drafting proposed New Direct Tax code.

It is very unfortunate that, the Government has not involved the professionals who are well conversant with tax law for drafting the Tax Code. We are of the opinion that the Government should involve the professionals whose integrity is beyond doubt, in the process of drafting the Bill. It is also necessary to interact with the Departmental Representatives, Members of Income Tax Appellate Tribunal, and the Judges who deal with tax matters. Their view must be considered while redrafting the New Direct Tax code to our country.

11. Considering the unlimited powers proposed to be given to the tax authorities and without any accountability provision, we are of the opinion that the proposed code will not achieve the desired object.

12. These are the conceptual suggestions to the proposed code. We will be discussing each and every provision in depth and will be forwarding the suggestions objectively to the consideration of Hon’ble Finance Minister. Readers may send their view to the Federation for better representation.