The Silver Lining During Lockdown

Dr K. Shivaram, Senior Advocate, has lauded the Income tax Appellate Tribunal and the Tax Professionals for playing a proactive role during lock down by organising Webinars on several subjects which have helped tax practitioners to better their understanding on various issues. He has pointed out that this salutary practice has also helped them to do away with negative thoughts that set in as a result of the Lockdown

There is no denying that the pandemic has changed the world forever, we as humans have undergone social and behaviour changes. From excessive use of hand sanitisers to the use of mask each time we step outside of our homes; the last few months have been spent in captivity in our homes as a precaution against a virus.

END_OF_DOCUMENT_TOKEN_TO_BE_REPLACED 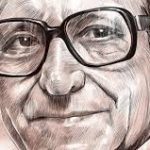 Dr. K. Shivaram, Senior Advocate, has pointed out that the lament by Nani Palkhivala several decades ago regarding the ‘maddening instability‘ of the Income-tax Act and it being a “national disgrace” holds good today as well as is reflected by the numerous amendments ushered in by the Finance Bill 2020. Some amendments are ill-thought of and have led to enormous confusion and anxiety amongst taxpayers. Also, the non-allocation of funds to the Judiciary shows a lack of seriousness in the Government regarding clearing the massive backlog of cases in Courts. The learned author has also made valid points regarding the ‘Vivad Se Vishwas’ scheme and other important proposals in the Budget

Finance Bill -2020 –In the visionary budget, there is no allocation of funds to the infrastructure, digitalisation and modernisation of the judiciary.The Judiciary is the backbone of Democracy, unless sufficient resources are allocated towards the judiciary efficient to render speedy justice by appointing judges and providing the much-needed infrastructure, we may not be able to achieve the desired object of becoming a 5 trillion economy.

1. No allocation of funds to the judiciary.

END_OF_DOCUMENT_TOKEN_TO_BE_REPLACED 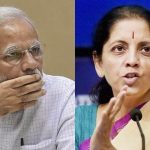 Dr. K. Shivaram, Senior Advocate, has offered several valuable suggestions on what reforms in tax laws and tax administration have to be implemented so as to achieve the noble objective of improving the ease of doing business. He has opined that if these suggestions are followed, there will be a proper recovery of taxes as well as a drastic reduction in litigation, which will benefit the Government as well as the citizens

Envisaged under Article 51 of the Constitution of Indiaare the Fundamental duties of every citizen of India Article 51A(j) reads as under, “to strive towards excellence in all spheres of individual and collective activity so that the nation constantly rises to higher levels of endeavor and achievement.”

END_OF_DOCUMENT_TOKEN_TO_BE_REPLACED

A Bold Reform In The History Of Taxation 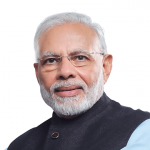 Dr. K. Shivaram, Senior Advocate, has stated that the step to cut corporate tax is a much needed bold reform-tax. He has pointed out that professionals have wholeheartedly appreciated the sincere efforts of the Honourable Prime Minister of India and Honourable Finance Minister of reducing the tax rates and creating investment-friendly atmosphere in the Country

1.Introduction: The Hon’ble Prime Minster of India, Shri. Narendra Modi has stated that “The step to cut corporate tax is historic. It will give a stimulus to Make in India, attract private investment from across the globe, improve competitiveness of our private sector, create more jobs and result in a win-win for 130 crore Indians. Announcements in last few weeks clearly demonstrate that our Government is leaving no stone unturned to make India a better place to do business, improve opportunities for all sections of society and increase prosperity to make India a $ 5 trillion economy“. [source: Hindustan Times 20-09-2019]

END_OF_DOCUMENT_TOKEN_TO_BE_REPLACED 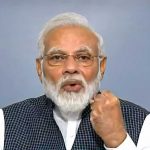 Dr. K. Shivaram, Sr. Advocate, has lauded Shri Narendra Modi, the Hon’ble Prime Minister, for unveiling the ‘New India Vision & Road Map’ for the Country. He has pointed out that in the ‘New India Vision’, the role of the judiciary cannot be left behind. The author has accordingly identified the issues in the judicial system which are stumbling blocks to progress and offered valuable suggestions on how to achieve speedy disposal of matters and administer justice to citizens in a more efficient manner

END_OF_DOCUMENT_TOKEN_TO_BE_REPLACED

Govt Wants To Splurge Rs. 436 Cr To Install “Justice Clocks” But Not A Penny For Speedy Disposal Of Matters 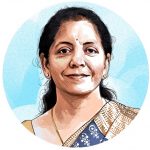 Dr. K. Shivaram, Sr. Advocate, laments that the Government has turned a complete blind eye to the woes plaguing the judiciary. There is not even a whisper about allocating funds to the judiciary in the latest Budget. He points out that apart from lakhs of pending cases, there are as many as 10,000 TDS prosecution matters which are pending before the Magistrate’s court in Mumbai alone. Many of the cases are pending for nearly 15 years and are frozen at the stage of framing charges. The author has pointed out that an effective judiciary is as important to the Country as is National security. He has urged the Government to take immediate remedial steps in the matter and not to splurge funds on frivolous issues like installing “justice clocks”

The Judiciary is as important as National security – In the visionary budget presented by the Honourable Finance Minster, there was not a single word or proposal spelt out on how the Government in its second term won with an overwhelming mandate plans to meet the challenges of skyrocketing pendency of litigation in our country – A robust, efficient and efficacious dispute resolution method for speedy disposal of tax and commercial disputes would go hand in hand with the objective of the Government in boosting foreign investor confidence and providing a fillip to growth.

END_OF_DOCUMENT_TOKEN_TO_BE_REPLACED 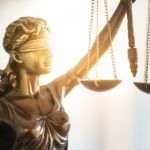 Dr. K. Shivaram, Sr Advocate, has taken strong exception to the move of the CBDT to set up a committee to examine “perverse orders” of the ITAT. He argues that such a move is not justified given that a bulk of the orders of the ITAT are approved by the Higher Courts. He also argues that this move interferes with judicial independence because it may instill fear in the minds of the ITAT Members that deciding matters against the department may attract adverse action against them. The author has advised the department to set its own house in order first and has offered several practical suggestions in that behalf

Tax litigation – Committee of Commissioners of Income tax to examine aspects of tax litigation is a welcome move, however the term of reference being “To examine the cases where ITAT has passed perverse or irregular orders or where the submission of DRs have not been recorded by ITAT to be appropriately taken up with President, ITAT/Ministry of Law”,is highly opposed by the tax professionals across the country – Can a litigant allege the orders of the Quasi judicial Body to be perverse when 80% of orders of the Appellate Tribunal are accepted by the parties and where 81.85 % of the orders of the Appellate Tribunal are upheld by the High Courts.

END_OF_DOCUMENT_TOKEN_TO_BE_REPLACED 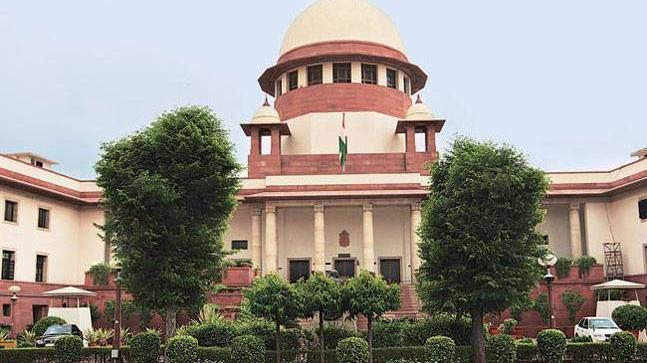 Leading lawyers like Rafique Dada, Janak Dwarkasdas, Aspi Chinoy and Dr. K. Shivaram have explained the steps that young professionals should take to help them get recognition amongst the fellow professionals, tax administration and also from the judiciary.

END_OF_DOCUMENT_TOKEN_TO_BE_REPLACED

Dr. K. Shivaram, Senior Advocate, has sent the clarion call to all professionals to put on their thinking caps and offer suggestions to the Hon’ble Chief Justice of India on how to improve the Country’s broken legal system. The author has highlighted a few core reforms which require to be implemented on an imperative basis

TAX PROFESSIONALS OF THE COUNTRY SHOULD CONTRIBUTE TO THE VISION OF THE HONOURABLE CHIEF JUSTICE OF INDIA WHO IS TRYING TO EVOLVE A SYSTEM WHICH CAN PRODUCE BETTER RESULTS.

END_OF_DOCUMENT_TOKEN_TO_BE_REPLACED

Forget ‘Ease Of Doing Business’: It Will Take At Least 23 Years To Settle Your Tax Dispute! 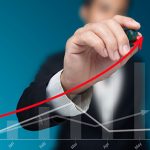 Dr. K. Shivaram, Sr. Advocate, has expressed shock that the Government’s promises of ushering in ‘ease of doing business’ is proving to be nothing more than empty rhetoric. He has revealed startling facts that the vacancy in tax judges will take 15 years to be filled up and that tax disputes will take at least 23 years to be resolved. He has offered practical suggestions about how the Government can speedup the process of resolving tax disputes, if it is really inclined to do so

In the Times of India on 16-9-2019, it was reported that it will take a minimum of 15 years to fill the vacancy of judges. Though the Government promises to help achieve ‘ease of doing business’ in India, unless the tax litigation is settled within a reasonable period of time, the object of doing business with ease in India may not be achieved. Total pendency of appeals before the ITAT as on 1-07-2018 is approximately 9,69,050, out of which a pendency of 22,039 is at Delhi and 16,108 is at Mumbai (2018) AIFTPJ–July–P 45.