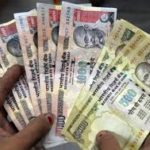 The Honorable Shri Justice R.C. Lahoti, former Chief Justice of India, while addressing the National Tax Conference of the Federation at Indore on 7/9/2002 (AIFTP Journal, Sept. 2002 Pg. 7) stated as under:

“Corruption is a cancer eating into the roots of the society. It is difficult to fight corruption because the chances of success are bleak but this is no reason for despondency. Nobody is born corrupt; it is the vitiated atmosphere in the society and the system of governance which converts the clean into the corrupt. An honest person resists corruption but allurements and temptations at times prevail upon him and once corrupt, even an honest person prefers and finds it convenient to stay corrupt. The seeds of corruption are sown in the mind of the man and the cure, if any, lies in eradicating the seeds of corruption from his mind.”

The government has done their best to crackdown on undisclosed income and wealth. The efforts have seen various legislations enacted and strengthened to better tackle this menace such as;

– Mandatory PAN requirements, through cash or prepaid cards on beyond certain limits

– Amending and Notifying the Prohibition of Benami Property Transactions Act, 1988

The latest in the black money fighting effort of the government is the withdrawal of Legal Tender Character of the existing Bank Notes in the denominations of Rs 500 and Rs 1000, with effect from the end of the 8th November, 2016.

As per the records in the articles published, the value of high denomination notes not presented were about Rs 9 crores in 1946 and about Rs 20 crores in 1978 As per the paper reports, currency in circulation is 17,773 billion, where as High denomination currency withdrawn from the system is 86% i.e. Rs.15,640 billion. Though one will have to wait and watch to see the success of the cancellation of the Rs.500 and Rs.1000 notes from the circulation.

We must appreciate that the object of Demonetisation, i.e. to remove the circulation of unaccounted money and also to stop the fake currency in circulation.

One of the advantages will be that, the entire unaccounted money will be brought within the banking systems and fake currency will be automatically removed. This will also encourage the citizens to rely more on digitalisation and paperless economy. In the process it will definitely reduce the circulation of black money.

Some issues may arise in taxation wherein, when a person makes a huge deposit of cash in a bank, he may get the notice for scrutiny. However as long as the books of assessee show the cash in hand, the assessee need not worry at all. Whether the assessee deposited the amount at one time or various occasions, the same is immaterial. There has been much debate on the subject regarding levy of penalty in case the assessees disclose the amount and pay the maximum tax applicable in the year under consideration. The view that penalty may not be leviable in that case seems to be legally correct. One may have to consider the implications under the provisions of Prevention of Money Laundering Act. 2002, Prohibition of Benami Property Transactions Act, 1988, The Prevention of Corruption Act, 1988, The Indian Penal Code, 1860, Reassessment proceedings, Prosecution provisions of the Income-tax Act Section 277, 277A and Tax professionals must also consider the provision of section 278, Abetment of false return, etc.

I am confident that the tax professionals will play a proactive role by advising the assessee to pay the taxes rightfully due to the Govt without indulging in adventurous tax planning methods. As of now only 3% of the population is paying taxes, we hope that in the years to come, it may be increased to more than double which will also benefit the nation and tax professionals.

It is the duty of professional organisations like All India Federation of Tax Practitioners to prepare a white paper on the subject of bringing more assessees under tax net and also eradicating the corruption from the society so that the new generation will have the fortune of living in corruption free India.