Home › judiciary › Dear Stalwarts Of The Bombay Bar, We Salute You & We Shall Emulate You!

Dear Stalwarts Of The Bombay Bar, We Salute You & We Shall Emulate You! 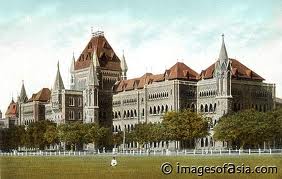 On the occasion of the 150th Anniversary of the Bombay High Court, the author pays rich tribute to the stalwarts of the Bombay Bar who were fearless in their fight for the Country’s independence and also in the fight for preserving the basic structure of the Indian Constitution. The Tax Bar has contributed in its own little way towards the development of tax laws and the process of building the Nation while keeping the flag of the Bombay High Court flying high, says the author, and implores all professionals to emulate the Stalwarts and work for the benefit of the Nation.

Bombay High Court  which  was established on 14th  August 1862 has celebrated its 150 years Anniversary.  On this memorable occasion a publication was  published by  Maharashtra Judicial Academy & Indian Mediation Centre and Training Institute, titled “ A Heritage of Judging”. The Bombay High Court through one hundred and fifty years.   An  Exhibition is being held from  14th August  2012 to 2nd October 2012. The historical items, patriotic  pictures  which were displayed in the exhibition  made me  and many of our fellow lawyers feel proud that we are  Advocates  of Bombay High Court wherein our  father of Nation  Shri  Mohandass  Karmchand   Gandhi, Mr.  M.A. Jinnah, founding father of Pakistan, Dr B.R. Ambedkar  who drafted the Constitution of India , and many more  legal luminaries   practiced. I thanked the destiny   for making me a lawyer of Bombay High Court.

It is  heartening  to note that the publication  which was released on the  occasion of 150th Anniversary   contains contributions from  eminent Judges and from the legal luminaries . The object of writing this editorial is that, I desire that each and every professional, judicial Officers   and law students  must read this classic  publication  which is an eye opener to know about the great traditional  value and ethics followed by the Judges and lawyers of Bombay High Court and their Contribution in the process of Nation building before independence and  thereafter.

Honourable Justice Mohit S. Shah, Chief Justice of Bombay  High Court in his “Foreword”    gave a great tribute to the Bar. Honourable Justice Dr .D.Y. Chandrachud in  his thought provoking article “The Challenges of Judging”  shared his thoughts on the subject which deserves to be read by all Judicial officers of the Country. Mr. Goolam E. Vahanvati  in his article “A Great Tradition”  shared his experience how the  great judges, great lawyers , great solicitors,  maintained the high standards  of the Bar, the great degree of professionalism and dedication. He  shared his experience stating that once you practice  in the Bombay High Court you fall in love with the Court. That is one love affair which lasts forever. Justice Mr . B.N. Srikrishan in his article titled “ Keep the flag flying  High” quoted  the words of Justice  Mr . Bharucha “ Keep the flag of the Bombay High Court flying high”. “ That should be the  endeavor of all members of the Bench and Bar today, and for all times to come. That, indeed , would be the fittest tribute to this great institution.  Mr. Avinash J Rana  in His  Article “ Chief Justice M.C.Chagla”   has paid  rich  tribute to the first Indian permanent Chief Justice of  the Bombay High Court,  an office he adorned for eleven long years until October 1958.According to him, that  was a golden period and under his stewardship , the Bombay  High Court  was recognized as the premier High Court in the Country. Mr Fali S. Nariman in his article “150 years of the Bombay High Court “Some Rambling Reflections”  made an  appeal to lawyers  and judges  and citizens, to help maintain the independence and integrity of the  High Court of Bombay. Mr. Soli J. Sorabjee in his article “Greatness of the Bombay High Court”  has expressed his firm view that  he has no doubt that Bombay High Court will continue to play its true role in the years to come and make or rather maintain its position as the  urbs prima in India. Mr.  Iqbal M Chagla in his article “ The Renaissance Men in Robes”, highly appreciated the contribution of Bombay  High Court to the Judiciary and legal profession, he also referred to the fact that the  first Chief Justice of India, the first Attorney General, the First Solicitor General of India, were all products of this court .The Bombay bar has given to the Supreme Court  seven Chief Justices, six Attorney Generals and seven Solicitor Generals , not to mention the large number  of other Judges of the Supreme Court. He  acknowledged  the contribution of  Shri  Palkivala for the  development of constitution law  and  stated that it is no exaggeration to say  that if today we have a constitution whose basic structure is intact and unamendable and our  fundamental rights inviolate , it is entirely due to Mr. Palkhivala. Mr. Darius  J  Khambata  in his article  “Jamshedji & Bhulabhai ; two mighty Rivers”   referred to Bhulabhai’s definition of the duties of a lawyer which has much relevance today. Addressing the law students he said:

“Patriotism is not  a dry  word ,it is an obligation that you owe to society .The higher function of a lawyer and it is that alone that gives dignity to the otherwise sorry profession  is what he owes  to society , namely the freedom, the  honour and sanctity of the property of his land possessed by himself.  I would appeal to you  to make it your future duty”

Mr. B.A. Palkhivala in his article  which he wrote from his heart about  Mr N.A. Palkhivala “This was a Man”, He referred one of the Judges of the famous Fundamental Rights case, i.e. Kesavananda Bharati v. State of Keral (1973) 4  SCC 225  in April 1973  who referring to Nani’s address observed “Never before in the history  of the Court has there been a performance like that.” “Such arguments will not be heard in this court for centuries to come” “A  forensic feat  that will perhaps never be equaled, advocacy and   eloquence of unparalleled merit in the entire history of the world” Justice H.R. Khanna  referring to Nani’s address said  “It was not Nani who spoke ,it was divinity  speaking through  him .Later  I asked some of my brother judges for their reaction , and all of them were of same opinion”.  Justice Mr. M  L Pendse in his article “Some Memories of Years Gone By” stated that the Bombay High Court was always treated with great respect and admiration by the legal fraternity all over the country. The Court always gave leading interpretations of Hindu law, Tax laws and Labour laws. Mr Rafique Dada in his article “Some Thoughts on the 150 years of the Bombay High Court” shared his rich experience  and appreciated that   there are young Judges today on the Bench carrying great ideas and great promise. He   stated  that, many of us spent decades in the Court . Today , as one enters the buildings of the Bombay High Court, one finds lawyers of every age group .One finds young bright lawyers, who came to court with a lot of hope and expectation .These bright faces including of those sitting on the Bench will carry the court forward  further into the 21st  Century. Mr Arvind Datar in his article “The Challenges to the Justice Delivery System- Ten New steps.”   Conclusion  opined that each year, the system is increasingly failing to deliver justice. One must not forget the warning of the great Judge Learned Hand “If we are to keep our democracy, there must be one commandment: though shall not ration justice.”  He desired that the court must be able to dispose matters within two or three years. According to him unless we act decisively, in a few years from now there would be no justice left to ration.

Justice Mrs Roshan  S Dalvi  in her short and sweet  Article “Looking Back -ward; Going Forward”  has stressed the need of  integrity, impartiality, industry, independence, intelligence –the 5 I’s needed to eradicate deception, cheating betrayal and lies.  Mr. Fali S. Nariman in his article “150 years of the Bombay High Court–Some Rambling Reflections”  made an appeal  to lawyers, judges, citizens –to help maintain the independence and integrity of the  High Court of Bombay .

One cannot forget the tribute paid by former Prime Minister of India ,on the occasion of the release of the Postage  Stamp to commemorate Shri N.A. Palkivala  on 16th  January, 2004. The then Prime Minister of India Honourable  Atal Behari Vajapayee  stated –“In those dark days, the battle for democracy was fought by many people in many different ways .Many of us in politics under the leadership of  Jayaprakash  Narayanan fought it in prisons . But I have no doubt that one of the finest battles was fought in the court rooms and that fighter was  Nani  Palkhivala”.  It is worth remembering that for the first time in the history of our Country, Honourable  Prime Minster of  India came to Mumbai only to release the Postage  Stamp to commemorate of Shri N.A. Palkivala, who was past  President of  the Income Tax Appellate Tribunal Bar Association of Mumbai and under his blessing the All India Federation of Tax Consultants was formed , in the year 1976.

Reproduced with permission from the AIFTP Journal, September 2012

3 comments on “Dear Stalwarts Of The Bombay Bar, We Salute You & We Shall Emulate You!”