Home › judiciary › Good Riddance To The Judges Appointment Act But How To Prevent Skulduggery In Appointment Of Judges? 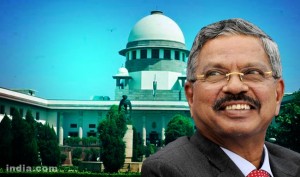 One of the objects of the All India Federation of Tax Practitioners (the “Federation”) being “to strive and work for independence of Honourable Courts”, we at AIFTP welcome the Supreme Court judgement. The senior members of the Tax Bar were always of the opinion that the present system of the appointment of judges should be continued albeit with increased transparency.

The Tax Bar has witnessed how the Executive in the past has tried to interfere with the justice delivery system of the Income-tax Appellate Tribunal. It is only due to a Public Interest Litigation filed by the ITAT Bar Association, Mumbai, and with the strong support of the then President of the ITAT, Honourable Shri T.V. Rajagopala Rao, could the independence of the ITAT be saved by the higher Judiciary. It may be noted that the then Law Secretary was held guilty of contempt for interfering with the judicial functioning of the ITAT. [ITAT v. V.K.Agarwal (1999) 235 ITR 175(SC), Ajay Gandhi v. B.Singh (2004) 265 ITR 451 (SC)]. This scenario of developments must be kept in mind while welcoming the above Apex Court judgment.

One can only imagine if the Apex Court would not have interfered, then what could have been the fate of the Mother Tribunal of our Country and the tax payers. One would also appreciate that the then Honourable Prime Minster of India, Shri Atal Bihari Vajapyee, on 16-01-2004, on the occasion of the release of commemorative postage stamp in memory of Late Shri N.A. Palkhivala at Mumbai, had stoutly deprecated the Emergency thus: “In those dark days, the battle for democracy was fought by many people in many different ways. Many of us in politics under the leadership of Japrakash Narayan fought it in prisons. But I have no doubt that one of the finest battles was fought in the Court rooms and that fighter was Nani Palkhivala”.

Judges could deliver verdicts such as that in Kesavanand Bharti’s case [AIR 1973 SC 1461] only because of their fierce independence.One would also appreciate that in taxation matters, the Government is always a party. If any High Court Judge decides a high-stake matter in favour of the assessee, the Government may brand him as a pro-assessee Judge thereby jeopardizing his chances of being elevated to the Apex Court, if the NJAC was to continue. We are of the firm opinion that the Honourable Apex Court has rightly done its lawful duty by striking down the Act as unconstitutional. Having said that, we are also of the opinion that there is a lot of scope for improvement in the current process of selection of judges and we at AIFTP level shall contribute our mite in the process.

1. Steps must be taken to introduce transparency and wider consultations with Bar Associations and senior members of the Bar whose integrity is beyond reasonable doubt;

(i) After looking at the performance of advocates in courts and after enquiring into their credentials, advocates may be selected by the collegium, and thereafter, he or she may be requested to forward an application in appropriate form.

(iii) Selection of Judges from the lower courts / judicial authorities such as the Income-tax Appellate Tribunal, CESTAT as well as Sales Tax Tribunals across the country may be considered.

3. Eligibility criteria may be prescribed, such as:

(i) Cases involving important issues argued by the applicant;

(ii) Details of income to be declared for last five years by practicing lawyers;

(iii) Recommendations of at least three Senior Advocates or Advocates having more than 30 years of practice in that High Court may also be considered;

(iv) Importantly, contribution to the development of the profession made by the lawyer may be given additional weightage in the selection process.

4. After scrutinising the applications, the names of shortlisted candidates may be circulated in the full court of the respective High Court or at least amongst its senior Judges and thereafter, the names of approved candidates be forwarded to the Supreme Court collegium.

6. As regards appointment and elevation to the Apex Court, the present system of collegium should be continued with greater transparency and accountability, only on merits.

As the APEX Court is going to hear the suggestions for an improved working of the ” collegium systems” on 3-11-2015, it is desired that ITAT Bar Association or All India Federation of Tax Practioners should make their suggestions before the APEX Court.

The above are some suggestions given in a limited time to improve the collegium system. Members are requested to send in their views to at aiftp@vsnl.com

17 comments on “Good Riddance To The Judges Appointment Act But How To Prevent Skulduggery In Appointment Of Judges?”