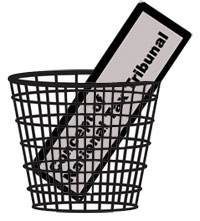 The author is full of appreciation at the stellar roles played by the ITAT and the Bombay High Court in reducing arrears. He argues that the dwindling pendency of matters has rendered the concept of the NTT redundant. He makes out a strong case for increasing the role of the ITAT in judging income-tax disputes by making all non-appealable orders appealable to the ITAT

In the 61st year of Republic of India, the tax-payers of India will be getting speedy justice from the Income Tax Appellate Tribunal, which is considered as Mother Tribunal, within six months of the filing of an Appeal. As on 1-1-2010 the pendency before the Income Tax Appellate Tribunal is only 45,730 Appeals; sanctioned strength of Members is 102; hence, per member there are only 444 matters. In the year 1999, pendency was 3,00,597. In Mumbai, the pendency is only 14021 appeals and the sanctioned strength of 24 members which gives only 584 appeals per member (Source AIFTP Journal January, 2010 P. 53). The reduction in pendency is due to innovative procedure of the Income Tax Tribunal and the active support of the Tax Bar.

2. It is also heartening to know that pendency of tax appeals for final hearing before the Bombay High Court is only 1500. At present there is a permanent tax bench of the Bombay High Court to hear the tax matters. Bombay High Court is making a sincere attempt to group the matters and dispose of the same. Some of the matters, disposed of through this method, are dividend stripping, power of Settlement Commission, taxability of co-operative societies, depreciation on stock exchange card, option to claim depreciation, etc. This has helped to dispose of more than 3,000 appeals. One matters similarly clubbed and listed for disposal relates to disallowance of expenses incurred under section 14A of the Income Tax Act to earn exempted income under section 14A of the Act.

3. Some of the “grouped” matters which will be taken up for hearing are:

a. Issue of interpretation of sections 80HHC, (gross or net), Interest income whether business income, deduction under section 80HHC, 80-IB(9); surplus resulting from exchange fluctuation and year of taxability etc.

Once the “grouped” matters are disposed there may not be more than 1,000 matters pending final disposal on some specific totally unrelated issues.

5. If other High Court also follows the method adopted by the Bombay High Court, pendency in tax matters will be reduced substantially.

(i) Appeal against revision order under section 264 of the Act passed by Commissioner.

(ii) Appeal against order passed by the Assessing Officer ignoring the objection raised by assessee in respect of issue of notice under section 148 of the Income Tax Act on jurisdiction issue.

(iii) Appeal against refusal of stay by the Commissioner when the appeal is pending before the CIT(A).

(v) Recovery proceedings against the Director of Company under section 179 of the Income-tax Act.

(vi) Attachment and recovery proceedings against the assessee.

(vii) Waiver of penalties under section 273A of the Income Tax Act.

(ix) Orders of transfer of jurisdiction under sections 124, 127 of the Act.

(x) Challenge to search and seizure proceedings and basis for exercise of powers/jurisdiction.

(xii) Not releasing the jewellery seized.

(xiii) All judicial orders of Commissioner and Board may be made Appealable to the Income Tax Appellate Tribunal.

(xiv) There is a large number of prosecution proceedings pending before Magistrates Courts in India. Direct tax being a very specialized subject, the power to decide the prosecution may be given to the Income Tax Appellate Tribunal consisting of two Judicial Members. The Members may be conferred with the power to punish the tax-delinquent. Or in the alternative the order of the Income Tax Appellate Tribunal be confirmed or cancelled by High Court. Thereafter, the appeal may be provided to the High Court.

(xv) Authority for Advance Ruling for resident assessees. There are number of issues which the assessee may not be interested to litigate. The assessee may desire to approach the authority to put an end to the litigation. Under Maharashtra VAT, Act, there is a provision, to get the advance ruling from the VAT Tribunal (S. 55). The President of the Tribunal may constitute a Bench, comprising one member each from the profession, from the Department and a Member of the Tribunal. This system is working well. Similar provision may be introduced under the Income-tax Act, which will go a long way in reducing the litigation and collection of taxes.

If the above amendments are made in the Income-tax Act, precious time of the High Court can be utilized to decide the substantial questions of law.

7. If position of pendency of tax matters before various High Courts and Tribunal is negligible, the issue for consideration is: Do we need National Tax Tribunal? The constitutional validity of the proposed Tax Tribunal has been challenged and is pending for final disposal before the Apex Court.

8. We are of the considered view that instead of bringing the new forum of National Tax Tribunals, the Central Board of Direct Taxes should think of constituting the National legal cell of the Income Tax for better coordination and between various High Courts. With the help of modern technology the department can find out which are the issues pending before various High Courts and Income Tax Appellate Tribunal.

According to us the Government should abandon the proposal of constituting the National Tax Tribunal.

10. Once an assessee is able to get the final decision from the Income Tax Appellate Tribunal and High Court within two years of the assessment, if the assessment is high pitched or otherwise is not in accordance with the law the assessee will not be driven to indulge in unethical practice for assessee will get Justice from the Appellate Tribunal and High Court speedily. The message which the tax practitioners must send to the assessee is that if you have a legally good matter do not succumb to the pressure, fight for justice. If we are able to convey this message to the assesses we will be rendering great service to the nation in the 61st year of Republic. Let us make a beginning for the nation building by making an honest attempt to contribute to justice to tax-payers.

11. These are the thoughts for debate, consideration and action. The tax professionals may send the suggestions objectively without any vested interest.