Home › judiciary › Appointment Of Tribunal Members Rules 2017 – A Veiled Coup By The Executive Over The Judiciary? A Long Legal Battle Ahead! 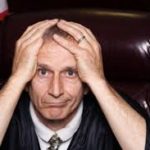 The Rules make a marked change in the mode of the appointment of new Members. There is no longer a sitting High Court Judge on the Selection Committee appointing new members. Moreover, a new Member is to be appointed for a period of three years, whose term is renewable by the Selection Committee. There is also a restriction on him undertaking legal practice after his tenure. These provisions should be a dampener for any person proposing to throw his hat for career of a Member. The sword of an uncertain career will always hang over his head. The uncertainty of renewal of his tenure would also affect the free working of his judicial mind. The fear of consequences of giving a bold decision against the Government would be uppermost in his mind as he may foresee non renewal of his tenure as retaliatory punishment. If these Rules are allowed to have their sway in this manner, one may see a day that when the present ITAT Members retire, there may not be experienced members to decide the cases.

Power corrupts and absolute power corrupts absolutely is an age old idiom, whose veracity has always survived the test of time. The increase in power in hands of a bureaucrat is always visited by decrease in his moral power. History is a steady witness to this phenomenon. The wresting of the control over the ITAT by the Executive from the Judiciary through the guise of these Rules is a cunning sleight of hand to seize absolute power.

The Income tax Appellate Tribunal has always functioned as a remarkable institution and it saddens me –if this august institution is culled. It is the final fact finding authority under Direct Taxes. The Income tax Appellate Tribunal is one rare Institution which functions under the Ministry of Law and Justice. Though initially the ITAT was under Ministry of Finance, in order to give it a judicial status, it was brought under the Ministry of Law and Justice. The other tribunals function under Ministry of Finance and respective Ministries. ITAT is the only institution in our country- which has sanctioned strength of 126 Members and located in 27 cities. The aggrieved parties can file an appeal before the High Court only on substantial question of law. 70 % of orders of the Tribunal are accepted by the parties. It is only 30 % matters which are carried in further appeal to the High Court. Here also, even in 30 % of the matters, 80% of matters are dismissed at the stage of admission itself. It is only 20% of the matters which are admitted – which involves substantial question of law. Even in the 20 % admitted cases 69.18% of cases, the High Courts approve the orders of the Tribunal.

It is also not understandable why there should be no Sitting High Court Judge in appointment of new Members under the new Rules. In first place, the old procedure of having a Sitting High Court Judge was working perfectly well and there was no reason for a departure from the same. The greatest merit was that presence of the Sitting High Court Judge in the selection process assured the tax payer community that there was bound to be justice at the end of the road because the same would be delivered by a Member, who was after all appointed by a Judge. More ever, the ITAT has all the makings of a Court in terms of the procedures follows in holding its hearings. The orders of the ITAT are appealable to the High Court. It therefore makes good sense that if a candidate for a Member is interviewed and screened by a Judge so that persons who can align the Tribunal to judiciary are appointed. The appointment by a Judge also allays the taxpayers’ fears of judicial bias in the functioning of the ITAT on ground that its Members are appointed by the Executive, who is their adversary in the tax litigation in form of the income tax department.

Interestingly, this is not the first time the Government has tried to interfere with administration of justice. Ever since the Tribunal was established in the year 1941 , the President of the ITAT had the power to transfer the Members from one place to another. In the year 1996, the Law Secretary issued a notification stating that, the Ministry of Law has the power to transfer Members. The said notification was challenged by the ITAT Bar Association Mumbai and other associations. The Bombay High Court , then stayed the operation of notification . When the matter was later transferred to the Supreme Court, the Apex Court upheld the order of Bombay High Court and prescribed the guidelines to Transfer of Members of the ITAT [ see Ajay Gandhi v. B. Singh (2004) 265 ITR 451 (SC)] It is pertinent that while the transfer petition was pending before the Supreme Court, the Law Secretary once again tried to interfere with the judicial function of the ITAT. The President of the ITAT Shri T.V. Raja Gopal Rao took a bold decision to move the contempt petition before the Apex court and the Law Secretary was held guilty of contempt for interfering with the judicial functioning of the ITAT. [See ITAT v. V.K. Agarwal ( 1999) 235 ITR 175 (SC) ].

In another development, the Constitutional Bench of the Supreme Court in UOI v. R. Gandhi /Madras Bar Association (2010) 156 Comp Cas 392 (SC)/ 11 SCC 1, struck down provisions relating to the National Company law Tribunal and gave broad guidelines such as-
(a) The Selection Committee should have equal numbers from both the sides , with the Chief Justice’s nominee reserving the casting vote .

(b) On lack of security of tenure ( the short term of three years) should be remedied , if Tribunals are to function effectively and efficiently and that they should be able to attract younger members who will be assured a reasonable period of service

(c) The provisions for routine suspension pending enquiry and the lack of any kind of immunity, are aspects which require consideration.

(d) The administration of all Tribunals be handled by the Ministry of Law & Justice. So that neither the Tribunals nor its Members should be made to seek or be provided with facilities from respective sponsoring or parent Ministers or concerned Department.

In the year 2014, The Govt introduced National Judicial Appointment Commission Act, (NJAC) which came in to force from 13 April 2015, which was challenged and in a land mark Judgement of five judges Bench of Apex Court has held that NJAC is unconstitutional as it interfered with the independency of judiciary .Supreme Court Advocates –on Record Association and another v UOI ( 2016) 5 SCC 1

The Federation, the ITAT Bar Association Mumbai and many other associations have objected to the appointment of Members on tenure basis and also excluding of the Judge of the Supreme Court as Chairman of the Committee. Detailed representations were sent by the organisations to the Finance and Law Ministries. We hope the Govt will consider the representations positively .If the response is not positive, the associations may have to knock the doors of Judiciary again into maintaining the judicial independence of various Tribunals.

In a recent development, the Madras Bar Association has already filed a writ petition before the Madras High Court against the new Tribunal Members Rules challenging both the Rules and the process by which it was passed. The Associations has assailed the Government’s move in palming off a legislation for appointment of new Tribunal Members unfairly in form of Money Bill- which is alleged as illegal, invalid and a fraud on the Constitution.

It is would be best that the Government takes cognizance of rising public opinion against this legislation and recalls it.

2 comments on “Appointment Of Tribunal Members Rules 2017 – A Veiled Coup By The Executive Over The Judiciary? A Long Legal Battle Ahead!”