Unfortunately, it appears that crass commercialism is rearing its’ ugly head in the legal profession as well.

According to a report in the Economic Times, the slowdown in the economy and other factors has forced legal firms to aggressively offer discounts and indulge in undercutting fees.

The report quotes Neerav Merchant, partner, Majmudar & Partners, as admitting that the legal profession has become super-commercial and cut-throat and that lawyers willy-nilly undercut fellow professionals. He points out that the reason for this malaise is that the large firms have a battalion of lawyers who have to be kept busy.

Other top lawyers like Fereshte Sethna and Berjis Desai acknowledged that the trend of a full-fledged price war is becoming rampant these days.

Apparently, the root cause of this evil is the practice amongst the mega PSU companies like ONGC, BHEL, NTPC and SBI to call for tenders and bids for professional work. The legal firms are so eager to get the assignments (because it reflects well on their rankings) that they are willing to do the work for practically free of charge. 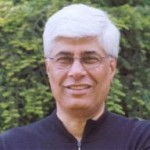 However, noted international tax expert Nishit Desai struck a contrarian note. He said his firm did not participate in tenders and bids for professional work. “We are professionals and in the profession of law and not in business” Nishit Desai reminded in a stern tone.

The other revelation was that Nishit Desai’s firm had started a policy of charging ‘Happiness billing‘. Under this innovative system, clients have to pay fees only if they are satisfied with the work done by the firm. If the client is not satisfied, he can just walk away without paying any fees.

Nishit Desai also made the astonishing revelation that his firm had refused work from 13 clients in 2013, where the clients were insistent on reducing the price.

So, there may still be hope for the legal profession after all.

If you want to indulge in a bit of nostalgia and see how it was in the “good old days”, you have to read Fali Nariman’s autobiography “Before Memory Fades”. Interestingly, the policy of “under-cutting” was probably in vogue even then. Fali talks of how, when he was a raw junior, he would get a brief with a fixed fee for a matter which was supposed to get over in just one hearing. However, even if the matter took several hearings, the solicitor would not increase the fee. Nobody protested because they did not want to rub the solicitor the wrong way!

Fali also points out that in those days, the solicitor would send counsel a docket with the fees marked on them. If Counsel felt that the fees were insufficient, he was entitled to return the brief. Fali recounts an amusing incident when F. J. Coltman, a leading English Barrister, was sent a brief with the fee marked on it. Coltman looked at the size of the brief and the fee marked on it and said “fees insufficient” and returned the brief. The solicitor then slightly increased the fee but Coltman still returned it. This went on for a couple of occasions until the solicitor got exasperated and told his clerk to tell Coltman to mark whatever fee he pleased. Coltman was, however, a stickler and said he would not accept an unmarked brief. The solicitor then marked a much higher (almost excessive) fee and it is only then that Coltman accepted the brief.

Unfortunately, today, the tables are turned. When the lawyer sends his memo to the client, the client returns it with the endorsement “excessive”. The poor lawyer is forced to reduce the fee till it meets the clients’ satisfaction.

Perhaps, the situation in the CA profession is better? Our CA friends can share their thoughts.