editor Posted in All Information, Others, Supreme Court/High Court related — No Comments ↓

Eminent jurists Dinesh Vyas and Arvind Datar have analyzed the recent decision of the CBDT to withdraw frivolous appeals filed by the department before the judicial authorities and explained its implications. 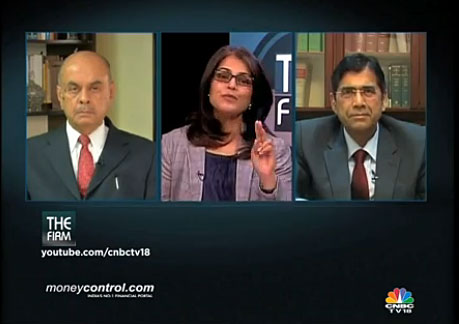 Mr. Dinesh Vyas was appreciative of the stand of the department in issuing Office Memorandum dated 10.12.2015 by which the CBDT has decided to extend the Collegium system to consider withdrawal of appeals filed in the High Court which are no longer considered prosecutable.

He drew attention to the judgement of the Bombay High Court in Tata Petrodyne where Justice Dharmadhikari and Justice Syed had delivered a very stern warning to the department and directed it not to file frivolous litigation. The Court had also warned that if the trend of filing frivolous litigation continues, the Court will be compelled to levy heavy costs on the department and in some cases, the costs maybe recovered also from the officers.

Mr. Vyas opined that it is because of these strictures that the heat has been generated and the department is now taking things very seriously. The learned jurist was appreciative of the stand of the department.

Mr. Arvind Datar, eminent senior advocate, echoed the sentiments of Mr. Dinesh Vyas that the issue of the Circular to weed out frivolous litigation is a landmark event.

Mr. Datar was appreciative of the Collegium system set up by the department to withdraw frivolous appeals. He explained that earlier, officers had a fear that they would be victimized and, therefore, played safe. However, the Collegium system would not be subject to such fears. Also, there are clear guidelines as to when they will withdraw and when they will not withdraw and if they follow the guidelines, it will be a very welcome step in reducing the arrears in the courts. The learned counsel also emphasized that there are large vacancies in the High Courts of up to 40 percent of the total strength. So the move by the CBDT would reduce pressure on the High Courts, he opined.

Click here to read the full transcript, and view the video, of the interview