IRS Officers Appointed To Grade Of Joint Commissioners Of Income-tax

The CBDT has issued a directive dated 28th May 2018 in which it is stated that the delay in non-removal/delay in removal of defects in pending appeals before the Hon’ble High Courts and delay in filing of SLPs in the Hon’ble Supreme Court is a matter of great concern for the Board. It is stated that in many cases Departmental appeals pending before High Courts have been dismissed due to delay in removing of defects as pointed out by the Registry of the High Court. Similarly, Supreme Court has been taking a serious view of the delay in filing of the SLPs. The Attorney General of India has expressed concern to the Hon’ble Finance Minster regarding enormous delay in filing of SLPs. The CBDT has pointed out that the functioning of the High Court Cell is critical. Clear-cut instructions as per the Standard Operating Procedure specified in Instruction No. 4 of 2011 dated 09.03.2011 have now been issued

The ITAT Bar Association has taken strong objection to the actions of the Registrar of the ITAT of acting as a “Court” and arrogating to himself, inter alia, the power to condone delay in filing appeals. The Registrar’s office is insisting that even routine issues like clearing procedural defects in appeals should be handled as “judicial proceedings” with a formal hearing. It is stated that such actions are not only contrary to the statutory provisions but are causing enormous hardship to taxpayers. The Bar has requested the Hon’ble President to abrogate the unlawful practice with immediate effect 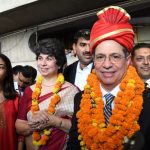 Justice S J Vazifdar retired from the office of Chief Justice of the Punjab and Haryana High Court on 3rd May 2018. The learned Judge was given a warm farewell by the members of the Bar and the staff of the Court. As the attached video shows, hundreds of people assembled on the ramp overlooking the portico and cheered the learned Judge

The CBDT has issued a directive dated 7th May 2018 stating that the delay in giving appeal effect and passing rectification orders is the biggest source of grievance against the Department. It is pointed out that such delays also adversely affect the performance of the Department as the infructuous demand remains stuck in appeal orders and rectification petitions till these are disposed of by the assessing officer. With a view to expeditiously dispose off the appeal effect and rectification claims of the taxpayers, the CBDT has directed that the first fortnight of June, 2018 should be dedicated for attending to the pending claims in these areas

editor Posted in All Information — No Comments ↓