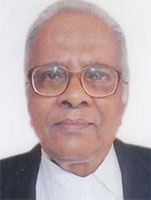 We are pleased to report that Shri. Arun P. Sathe, eminent senior tax advocate, has been appointed part-time Member of SEBI for a period of three years vide Notification dated 28.07.2015.

We are confident that Shri Arun Sathe will do full justice to the responsibility reposed in him by SEBI and we wish him good luck in that behalf.