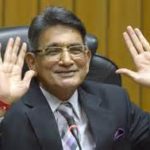 Hon’ble RM Lodha, the former Chief Justice of India, has come down heavily on the action of the Government in enacting the Tribunal Members Rules 2017.

The learned jurist is irked by the fact that the appointments of Members of the Tribunal would no longer be impartial and independent.

Under the said Rules, the Central Government has abrogated to itself the right to appoint, extend the tenure, and remove, the Hon’ble Members of the various Tribunals, including the ITAT.

“The government is one half of the parties contesting various cases in courts. So obviously, if the litigant appoints the adjudicator, then the decision making is seen to have been partial,” Justice Lodha said.

He added that the “Tribunals have immense power over high-value transactions and it is important that they remain impartial”.

A similar sentiment has been expressed by Senior Advocate Arvind Datar, the leading tax expert.

“Except the Chairperson of the National Company Law Appellate Tribunal (NCLAT), who can be removed by the Supreme Court, all other chairpersons can now be removed by the executive,” he said, emphasizing that the Tribunals will not have any independence left.

PIL in the Supreme Court

According to the DNA, Advocate Kudrat Sandhu has filed a Public Interest Litigation (PIL) seeking an order restraining the government from enforcing the relevant provisions of the Finance Act.

The Court has also been requested to issue a mandamus requiring the Centre to put necessary mechanisms in place to maintain the independence of the judiciary and effective functioning of the tribunals.

It is submitted in the petition that if the Tribunals fear for their very survival, their independence aside, the cases pending before them will also be jeopardised.

PIL in the Madras High Court

According to Bar & Bench, a PIL has been filed in the Madras High Court challenging sections 156 to 189 of the Finance Act, 2017 and the Tribunal, Appellate and other Authorities (Qualifications, Experience and other conditions of Service of Members) Rules, 2017.

One of the challenges is to Rules 7 and 8 which provide that retired judges of the High Courts and the Supreme Court, who are appointed to tribunals, can be removed by the Central government after a departmental inquiry.

Dr. K. Shivaram, Senior Advocate, has also voiced his opposition at the move of the Government to curb the independence of the Tribunals.

In a strongly worded article, the learned Counsel has argued that the new provisions will be a dampener for any person proposing to throw his hat for career of a Member. The sword of an uncertain career will always hang over his head and the uncertainty of renewal of his tenure would also affect the free working of his judicial mind. It is also emphasized that the fear of consequences of giving a bold decision against the Government would be uppermost in his mind as he may foresee non renewal of his tenure as retaliatory punishment.

“If these Rules are allowed to have their sway in this manner, one may see a day that when the present ITAT Members retire, there may not be experienced members to decide the cases,” Dr. Shivaram has warned in a grim tone.

New Rules are “roadblocks” to test the ability of the Member to stand by the oath “to decide without fear or favour”: ITAT Bar

The ITAT Bar Association, Mumbai, has addressed a detailed representation dated 20th June 2017 to Shri. Arun Jaitley, the Hon’ble Finance Minister, in which it has submitted that the Rules as drafted particularly with reference to the selection, tenure and removal of the Members would adversely affect the judicial independence of the ITAT which exists today and has existed for past several decades and contributed to the track record achieved by the ITAT so far.

It is also submitted that “sufficient road blocks have been placed in the said Rules” with respect to the ability of the Hon’ble Members of the ITAT to stand by the oath that they would discharge their duties “without fear or favour”.

Provisions of the new Rules are contrary to the verdicts of the Supreme Court: All Gujarat Federation Of Tax Consultants

The All Gujarat Federation Of Tax Consultants, a premier body of tax professionals, has also addressed a strongly worded representation to the Hon’ble Finance Minister.

The Federation has argued that most of the provisions in the Rules are contrary to the guidelines prescribed by the Apex Court in UOI v. R. Gandhi /Madras Bar Association (2010) 156 Comp Cas 392 (SC)/ 11 SCC 1.

The Federation has requested the Hon’ble Finance Minister not to implement that Rules at least in respect of appointment of Members of the ITAT.