Justice S J Vazifdar retired from the office of Chief Justice of the Punjab and Haryana High Court on 3rd May 2018.

The learned Judge was given a warm farewell by the members of the Bar and the staff of the Court.

As the attached video shows, hundreds of people assembled on the ramp overlooking the portico and cheered the learned Judge.

In addition to the shower of rose and marigold petals, Justice S J Vazifdar was adorned with a traditional turban and a garland of flowers. 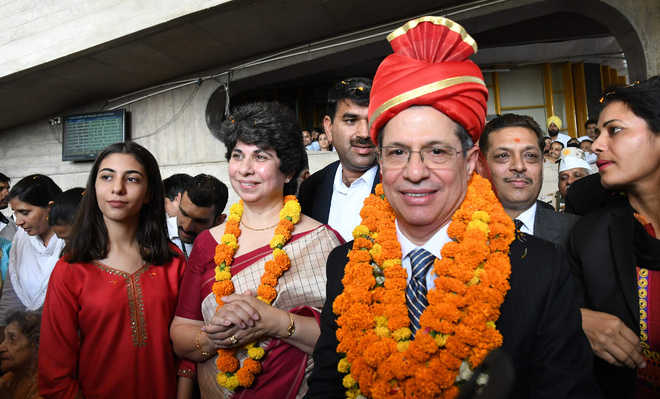 Justice S J Vazifdar was very popular with the advocates and litigants owing to his soft-spoken and polite demeanour.

He was especially keen to encourage junior advocates. He listened to their arguments patiently and also gave them pointers on how to address the Court and make submissions.

In a talk delivered in 2013 in Mumbai, Justice S J Vazifdar had revealed that he is greatly inspired by Nani Palkhivala, the great jurist. 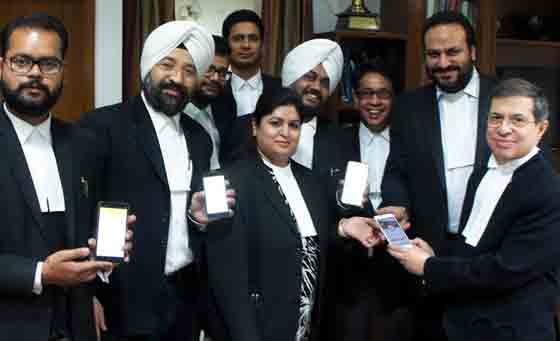 Justice Vazifdarr with the distinguished members of the Bar

The learned Judge reminded the young audience that much of the success attained by Nani Palkhivala was due to sheer hard work and perseverance and exhorted them to follow in his illustrious footsteps.

During his tenure as a judge, Justice Vazifdar emulated the high standards laid down by Palkhivala and distinguished himself with tireless work.

The judgements are written in a simple and easy-to-understand manner and reflect clarity of thinking.

We wish Justice Vazifdar good luck in his future endeavours.