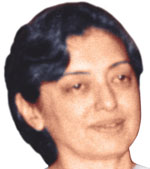 We are pleased to report that two eminent lady advocates have achieved the rare distinction of being the first woman Presidents of their respective Bar Associations.

Ms. Aarti Vissanji has been unanimously appointed President of the ITAT Bar Association, Mumbai. She will hold the august office till 2018.

The ITAT Bar Association, Mumbai, is one of the most prestigious Bar Associations in the Country. Late Mr. Nani Palkhivala was the President of the Association from 1967 to 2002. The Association is well known for its proactive stance in defending the rights of taxpayers and tax professionals and in ensuring that ethical values are maintained by all concerned.

Ms. Vissanji is a prolific writer and has authored several scholarly articles on taxation matters in prestigious legal journals. She is also a regular speaker at conferences held by professional bodies. 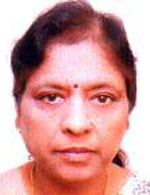 Ms. Prem Lata Bansal has been appointed National President of the All India Federation of Tax Practitioners (“AIFTP”).

She also has a distinguished career and has authored several articles and also addressed several conferences on legal issues.

Both advocates have a busy practice and have argued several important and landmark matters in the Tribunal, High Courts and the Supreme Court.

It is certain that the ITAT Bar Association and the AIFTP will flourish under the able and dynamic leadership of the two professionals.

We wish both professionals good luck in their endeavours.