Upon the completion of term of office of Mr. Justice P.P. Bhatt as President, ITAT, the Ministry of Law and Justice has, vide Order dated 5th September 2021, assigned to Shri G. S. Pannu, Vice-President, ITAT, New Delhi, the charge of Officiating President of the ITAT.

Hon’ble Shri Pannu is 7th on the list of Vice-Presidents. 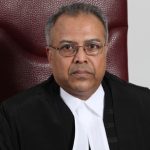 Justice (Retd) R. V. Easwar, who was also a President of the ITAT, has taken strong exception to the appointment of Vice-President No.7 as the Officiating President and the superseding of six Vice-Presidents.

“This is the first instance of a Vice-President who is junior to at least six Vice-Presidents to be given charge as Officiating President. Though, technically, the Act does not say that the rule of seniority of the Vice-Presidents has to be followed, it is well-established that there must be strong reasons, which must be disclosed, if the person appointed supersedes six Vice-Presidents,” Justice Easwar has argued in an article in the Hindu titled “Stop arbitrariness in tribunal appointments“.

He has pointed out that the arbitrary appointment of a junior Vice-President as officiating President, without giving reasons, has given rise to conjectures and speculation which does not augur well for the quasi-judicial body.

“By all accounts, it has caused ripples not only among the members of the Bar who regularly practise before the Tribunal but also among the Members of the Tribunal, in general, and among the Vice-Presidents who have been overlooked, not to speak of the erosion of the confidence of the litigants in the system,” he has stated.

The learned former Judge has also cautioned that such arbitrary acts of superseding has an adverse effect on the morale of the Members.

“Members of the ITAT put in meritorious and distinguished service in the hope of reaching the top post, but that was taken away for no reason in 2013. The post of Senior Vice-President was also abolished for untenable reasons, thus dashing the hopes of members to reach that post at least, if not the post of President,” he has said.

“Such things drastically erode the morale of the Members and where incentives for hard work, honesty and intellectual integrity are taken away, the institution suffers. The present appointment is another blow in this regard,” he has added.

He has called upon the Ministry of Law and Justice to clarify why the norms of seniority have been flouted in the matter of assigning the charge of the office of the President.

“The appointment of Vice-President No.7 as the Officiating President raises several such questions. It introduces suspicion and bad blood among the Vice-Presidents resulting in the inefficient functioning of the body as a whole,” he has warned.

The views expressed by Justice Easwar is endorsed by several eminent Advocates and Chartered Accountants practicing in the ITAT. They explained that while merit is definitely a criteria to be considered by the appointing authority, the superceding of six senior candidates cannot be justified. They also pointed out that the protocol followed by the High Courts is to appoint the senior-most Judge as the officiating Chief Justice and the same should be followed by the ITAT, unless there are strong reasons to depart from the norm.

6 comments on “Legal experts object to arbitrariness in Tribunal appointments”