Home › All Information › Raiders of the Mines: Download Lokayukta Report On Illegal Mining

Raiders of the Mines: Download Lokayukta Report On Illegal Mining 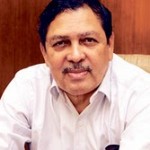 The report dated 27th July 2011 by Karnataka Lokayukta Santosh Hegde exposes the illegal mining carried out in the State of Karnataka. The report claims that Rules were flouted, government officials bribed and private companies and banks too participated in this loot, throwing to winds all norms of corporate governance and propriety. The report says that the State has lost revenue of about Rs. 16,085 crores.

The report names several well known corporates as having paid bribes, under-invoiced exports and dealt in fudged permits. NMDC, the public sector giant, is accused of under-invoicing sales. Adani Enterprises is accused of paying bribes and permitting illicit iron ore exports through the Belekere port. JSW Steel is accused of not only paying bribes but also of colluding with G Janardhan Reddy to buy illegal ore

“One of the main reasons for explosive illegal iron ore mining during 2009-2010 was posting of favored officials at strategic posts of Police, Mines, Forest, Revenue and other departments. Because of this, a fearless atmosphere prevailed in the Bellary district. Law of the land was seemed to have been suspended and oral whip was used to keep silent. Consequently administration has allowed to loot the natural resources, in this case the iron ore, which continued without any opposition. Huge bribes were paid. Mafia type operations were the routine practices of the day”