Home › All Information › After Prime Minister Modi’s Promise, ITAT Circuit Bench At Varanasi Set Up On War Footing Despite Challenge By PIL

After Prime Minister Modi’s Promise, ITAT Circuit Bench At Varanasi Set Up On War Footing Despite Challenge By PIL

A new Circuit Bench at Varanasi has been set up to fulfill the promise made by the Prime Minister Narendra Modi. However, the ITAT Bar Association, Allahabad, has challenged the setting up of the Circuit Bench on the ground inter alia that the pendency at Varanasi is very low and that unnecessary expenditure will be incurred on the infrastructure. It is also claimed that there is an acute shortage of Members at the Allahabad Bench and that a large number of cases are pending therein

The Honourable Prime Minster of India, Mr. Narendra Modi, announced the setting up of a Circuit Bench of ITAT at Varanasi. This is welcome news for the tax litigants of 11 districts near Varanasi. The new Bench of ITAT shall be instrumental in bringing justice to the doorsteps of the people.

The Honourable President of ITAT, Mr. G.D. Agrawal, the Honourable Accountant Member, Shri N.K Saini , and the Honourable Judicial Member of ITAT, Mr. Amit Shukla were present on the occasion of the announcement. It is for the first time in 77 years in the history of the ITAT that a Prime Minster of India has by himself announced the setting up of a Circuit Bench of the ITAT at a public forum.

On the eve of the announcement the ITAT Bar Association of Varanasi has also been formed. Mr. Arvind Shukla, Advocate has been unanimously elected as the president of the Association. The Circuit Bench has started functioning from 16-07-2018 and the Honourable Accountant Member, Mr. N. K. Saini and the Honourable Judicial Member Mr. Narasimha Chari, are the first Members to preside over its proceedings. 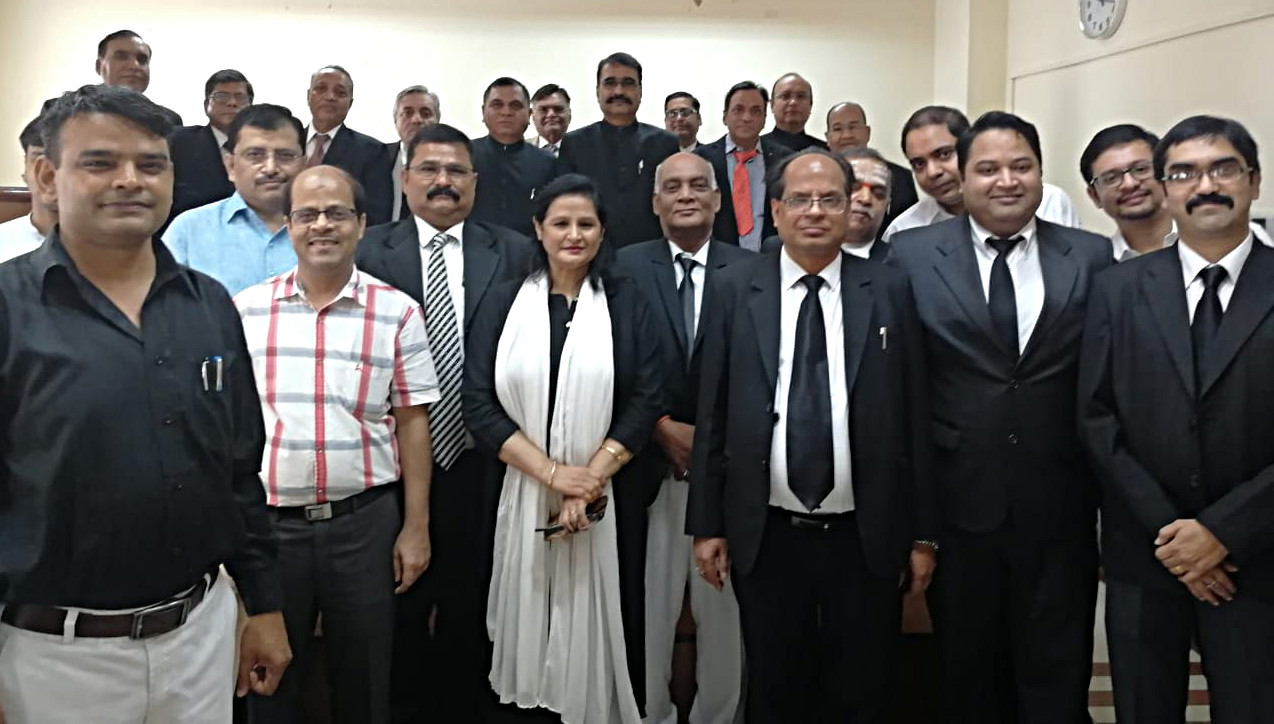 On the first day of hearing, a large number of representatives attended the ITAT to witness the Tribunal proceedings first hand.

We wish the members of the new set up ITAT Bar Association, Varanasi good luck and are very happy that the promise of the Honourable Prime Minister of India to take steps to render quick justice at the doorsteps of the people is taking fruit.

PIL filed against the setting up of the Circuit Bench

Respondent :- Union Of India And Another

The present Public Interest Litigation has been filed by the Income Tax Bar Association, Allahabad through its elected President with the assertion that vide amendment notification in the standing order dated 21.05.2018, the respondent no.2 has created a circuit bench of Income Tax Appellate Tribunal, Varanasi, without addressing the grievances of the petitioner Bar Association with regard to no appointment of members for the permanent seat of the Tribunal at Allahabad.

With reference to page ’52’ of the paper book, it is contended by the learned counsel for the petitioner that the territorial jurisdiction for Allahabad Bench is for approximately more than 20 districts.

The result is that two permanent Division Bench in the Income Tax Appellate Tribunal are not constituted regularly so as to dispose of the cases/appeals pertaining to the jurisdiction of the Allahabad Bench.

It is further contended by learned counsel for the petitioner that the pendency in the Income Tax Appellate Tribunal is only of approximately 872 cases which is not much so as to warrant creation of a circuit bench at Varanasi.

It is, thus, contended that the notification issued by the respondent no.2 in making amendment of the Standing order dated 16.09.1996 by the notification dated 21.05.2018 runs against the public interest. The petition raises a serious issue.

Sri Apurva Hajela learned counsel has put in appearance on behalf of respondent no.1. Issue notice to respondent no.2 fixing 30.07.2018. Steps to be taken within one week by registered post A.D. List on 30.07.2018