The Union Finance Minister Arun Jaitley today introduced the Taxation Laws (Second Amendment) Bill, 2016 with a view to tax unaccounted black money deposited in bank accounts pursuant to demonetisation. The salient terms of the proposal to tax the unaccounted cash are as follows: 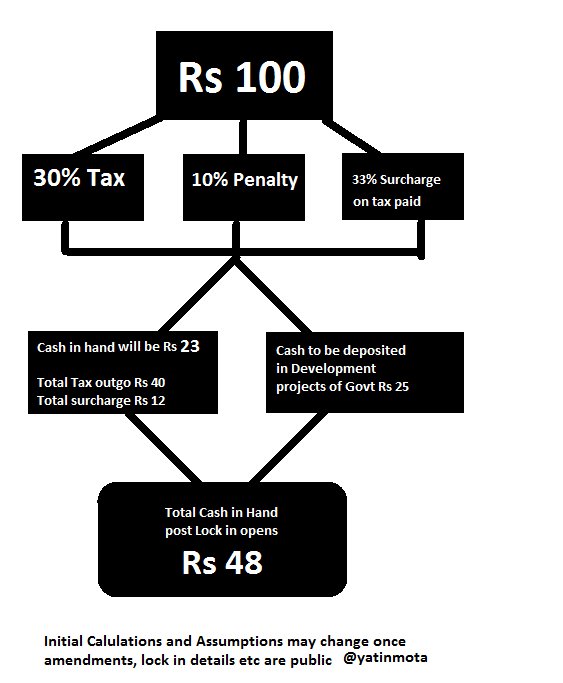 (i) 30 per cent tax on undisclosed income plus 10 per cent penalty as also a 33 per cent surcharge;

(ii) 25 per cent of undisclosed income post demonetisation has to be deposited in the Pradhan Mantri Garib Kalyan Deposit Scheme;

(iii) undisclosed wealth deposited post demonetisation which is detetcted by the income-tax authorities will attract 75 per cent tax and 10 per cent penalty.

The money from the Pradhan Mantri Garib Kalyan Deposit scheme would be used for projects in irrigation, housing, toilets, infrastructure, primary education, primary health and livelihood so that there is justice and equality, states the Statement of Objects and Reasons of the Bill