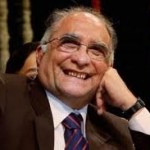 On the occasion of the Independence day, Hon’ble Chief Justice of India Shri. S. H. Kapadia spoke his mind on a variety of issues. In particular, he cautioned the Government that the drafting of laws today was not satisfactory and suggested that they keep this in mind before making any changes in the constitutional scheme of things.

Over the last six decades, the Supreme Court has rendered several landmark judgments on Fundamental Rights, very few landmark judgments have been delivered on the constitutional structure provided for under the Indian Constitution, distribution of legislative powers, provisions dealing with relationship between the Centre and the States, Establishment and Constitution of Supreme Court [Article 124], impeachment [Article 124(4)].

The Indian Constitution is more than a written text. A superficial reading of selected provisions of the written constitution, without more, may be misleading, It is necessary to make a more profound investigation of the underlying principles animating the whole of the Constitution, including the principles of federalism, democracy, constitutionalism and rule of law. These principles must inform our overall appreciation of the constitutional rights and obligations not only of citizens, but also of the three branches of Government including, the judiciary under the highest legal Code of the country, namely, Constitution of India. Our democratic institutions accommodate a continuous process of discussion and evolution, which is reflected in the constitutional right of each participant in the federation to initiate constitutional change. However, each of the three participants, under the Indian Constitution, is duty bound not to disturb the structural checks and balances which are specifically provided for in the Constitution, which happens to be a written detailed Constitution of 395 Articles.

“Justice is like oxygen. There is no reason to notice it if you have it in abundance, as we do today. However, as you constrict the flow it becomes more and more important until a point is reached where nothing else matters at all.”

*Speech delivered by Hon’ble Shri. S. H. Kapadia, Chief Justice of India, on the ocassion of the Independence Day on 15.08.2012

One comment on “Drafting Of Laws Today Is Not Satisfactory: Chief Justice Of India S. H. Kapadia”

1 Pings/Trackbacks for "Drafting Of Laws Today Is Not Satisfactory: Chief Justice Of India S. H. Kapadia"