editor Posted in All Information, ITAT related, Others — No Comments ↓

The Income tax Appellate Tribunal (ITAT) organized a virtual All India full Court reference on March 29, 2020 to honour Late Former Hon’ble President Mr. Vimal Gandhi who left for his heavenly abode on May 24, 2020. 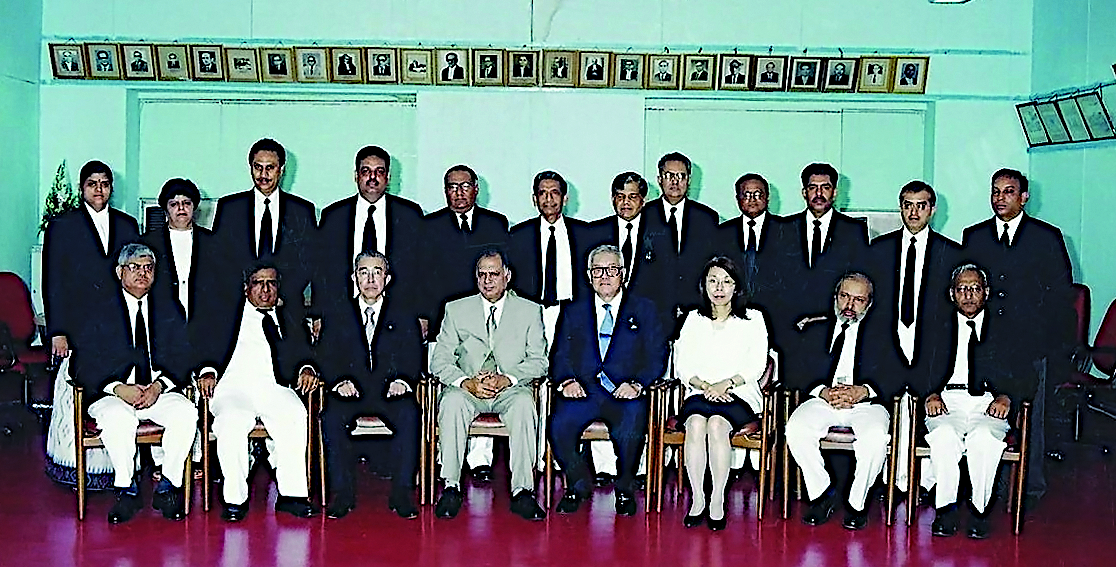 Mr. Vimal Gandhi with the ITAT Members and foreign dignitaries (19th May 2005)

Mr. Vimal Gandhi was a practising lawyer at Amritsar since 1970 and joined the ITAT on September 16, 1985. During his tenure as ITAT President, the pendency of cases in Tribunal drastically reduced from 1,80,660 to 47,992. Mr. Vimal Gandhi used to monitor regularly the disposal of matters by the Honourable Members. He made it a point that no Member should keep the matter pending for more than 90 days after hearing the matter.

Mr. Gandhi was instrumental in formulating the code of conduct for the members of the Tribunal and for orientation-cum-training of newly appointed members, which started in March 2005.

He represented the Tribunal at various National and international forums of repute including presentation at United Nations, where he shared his views on successful practices at the Tribunal.

During his service as a member, he served at various Benches of Tribunals viz. Indore, Calcutta, Bombay, Delhi, Ahmedabad, Chandigarh etc.

Lawyers, Chartered accountants, Tax practitioners, Tax Department, and loved ones from all these cities attended the virtual session to pay their respects to  Shri Vimal Gandhi.

Various members including former Presidents of the ITAT shared their fond memories and moments they cherished with Mr. Vimal Gandhi. His dedication to work, articulation, and compassion was praised unanimously.

Mr. Vimal Gandhi has authored over 10,000 cases of which 20 Special Benches and 30 third member cases and most have them have withheld the test before the appellate Court.

Mr. Vimal Gandhi was President of the ITAT for the period from October 31, 2003 to June 3, 2010. During his tenure as President he devoted more time to judicial work and regularly presided over the Benches.

Even after retirement, he continued to contribute to the study of Direct tax laws.
Honourable Mr Justice P.P.Bhatt, President of the ITAT, presided over the full Court reference and Honourable Vice President Mr. G. S .Pannu conducted the proceedings. More than 539 professionals across the country participated in the full court reference.

May his soul rest in peace. 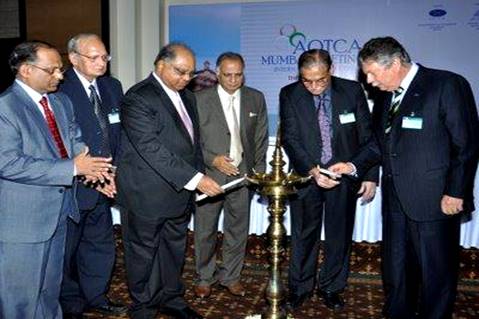 With the sad demise of Honourable Shri Vimal Gandhi, former President of the ITAT, the ITAT has lost one of the prominent judges who during his tenure has delivered many land mark judgements. He was an active President who not only gave some learned judgements but was a great administrator and introduced several reforms in the working of Tribunal. He was pleasant in the court and disposed of cases always with a smile on his faces.

May his soul rest in peace.

Late Shri Vimal Gandhi was A great admistrator who had taken keen interest in the development of International taxation.

I had the fortune of appearing before the Hon’ble Shri Vimal Gandhi when he was an Hon’ble member, Vice-President and President of the ITAT. He was a quite humble man and supportive to the junior members at the Bar. His in-depth knowledge on the subject helped him pick up issues very quickly.

Mr. Vimal Gandhi encouraged the educational activities of the various professional organizations.Around the year 2004-2005, when the ITAT Bar Association Mumbai along with All India Federation of Tax Practioners (AIFTP) started lecture series on “International Taxation and Allied laws”, he granted us the permission to hold the same in Court room No 1.

Similarly, when the ITAT Bar Association along with AIFTP started Nani A Palkhivala Memorial National Tax Moot Court competition in the year 2004, he granted us the permission to use all the Court rooms and requested the Hon’ble members to participate and guide the law students who participated from various parts of the Country.

When AITP had arranged the International Tax Conference at Mumbai in the year 2009, where delegates from 16 countries attended the conference, he was the guest of Honour and inaugurated the seminar along with Hon’ble Mr. Justice F.I Rebello former chief Justice of Allahabad High court  then as senior Judge of the Bombay High Court.

During his tenure, as a President of the ITAT  he has invited the foreign delegates to visit the ITAT and witness the proceedings. Also, during his presidency he would regularly interact with the representatives of the bar, and these minutes of these interactions were published from time to time.

The Code of Ethics and Guidelines prescribed for drafting orders will be remembered by the stake holders and the Institution of the ITAT.

I pray that let his soul rest in peace, and almighty give strength to his family to bear the irrecoverable loss suffered by them.