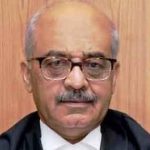 Hon’ble Justice Pradeep Nandrajog has been appointed the Chief justice of the Bombay High Court on 7 April 2019.

He was formerly the Chief justice of the Rajasthan High Court and Judge of the Delhi High Court.

His practice of Law included Arbitration, Commercial, Service, Election, Land Revenue, Company and Miscellaneous Writ Matters. He was a Counsel for the Municipal Corporation of Delhi for about 6 years and was the nominated Counsel for the Election commission of the Government of NCT Delhi over about 2 years.

He was elevated as an Additional Judge of the Delhi High Court on 20 December 2002 and became a Permanent Judge on 16 April 2004. Elevated as the Chief justice of Rajasthan High Court on 02.04.2017.

We wish the Hon’ble Chief Justice good luck in his new post.

We wish the five advocates good luck in their new responsibilities.

However, the cases of five other advocates were deferred/ remitted by the Collegium.