Home › All Information › CIT(A), CA And MD Of Essar Group Held By CBI For Bribe Of Rs. 2 Crore

CIT(A), CA And MD Of Essar Group Held By CBI For Bribe Of Rs. 2 Crore

editor Posted in All Information, Others — 24 Comments ↓

In a shocking incident, an IRS officer who is presently serving as a CIT(A), a Chartered Accountant and senior officials of a large blue-chip company have been arrested by the CBI on allegations of demanding, and accepting, a bribe for passing favourable orders.

According to a press release issued by the CBI, B.B. Rajendra Prasad, an IRS officer of 1992 batch and presently posted as CIT(A-30) in Mumbai, Pradip Mittal, Managing Director of Essar Group of Companies, Shreyas Parikh, a CA working with M/s G.K. Choksi, and others have been arrested by the CBI. 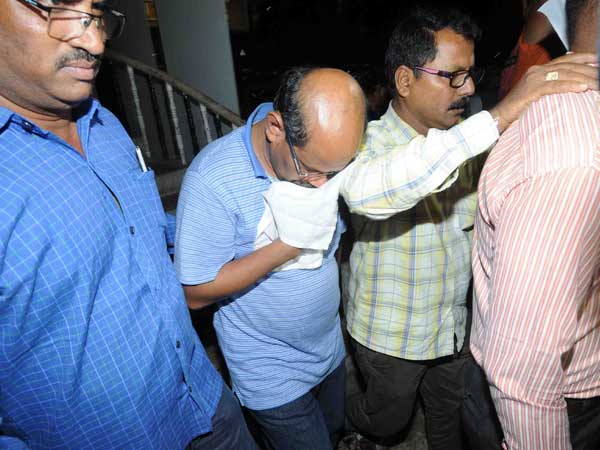 The CBI has alleged that the CIT(A) passed an order allowing an appeal filed by Balaji Trust, a private trust of the Essar Group.

It is claimed that the CIT(A) demanded a bribe of around Rs 2 crore for passing the said favourable order.

The CIT(A) directed that the bribe should be delivered to Manish Jain, who in turn was required to transfer it to Suresh Kumar Jain in Visakhapatnam, Andhra Pradesh.

The CIT(A) took leave and went to Visakhapatnam and demanded that a part of the money be delivered at his residence in Visakhapatnam.

To the bad luck of the CIT(A), the sleuths of the CBI laid a trap and caught Prasad while receiving a part of the bribe amount – Rs 19.34 lakh – from Suresh Kumar Jain. Both were arrested.

The balance bribe amount of about Rs. 1.50 crore was seized by the CBI from Suresh Kumar Jain.

The Essar Group claimed that they engaged a reputed CA firm named M/s G.K. Choksi to prepare written submissions and that the CIT(A) allowed the appeal because he was convinced with the merits of the matter.

“Our executives are innocent and the company stands by them. We are confident that on investigations the CBI will come to the same conclusion,” the company said.

The raids at the offices and residences in Mumbai and Visakhapatnam of all the accused has led to seizure of several property investment documents, details of bank accounts, three bank lockers and other incriminating papers.

There is a long list of high-level officers of the Income-tax department who have been caught red-handed by the CBI.

There have also been convictions of the accused from time to time. One V. P. Shamsuddin, then Joint Commissioner of Income Tax (Appeals-II), Bangalore, was convicted u/s 13(2) r/w 13(1)(d)(ii) of Prevention of Corruption Act and sentenced to three years Rigorous Imprisonment with fine of Rs.3,00,000.

Earlier, the Government took the view that there is no point in trying to prosecute the alleged corrupt officials because of the weakness in the judicial system. Instead, it decided to summarily dismiss all officials who were perceived to be corrupt and or incompetent. This press release makes that position clear:

“There is a general perception that no action is taken against the defaulting tax officials for their non performance as well as in case of harassing the tax assesses among others. The present Government has taken various steps to change this perception following the principle of good governance. After the present Government took over two years back, it has taken strict action against such revenue officers/officials in order to fix their accountability.

For the first time, 33 officers / officials of the Revenue Services, including seven Group ‘A’ officers, have been prematurely retired for non-performance under Rule 56(j) of CCS (Pension) Rules. Further, 72 officers / officials have been dismissed including six Group ‘A’ officers, in other departmental/ disciplinary actions in the last two years.”

Unfortunately, the momentum of the Government in weeding out the alleged corrupt and incompetent officials appears to have waned. The Government needs to wield the broom again in an aggressive manner and sack a large number of officers so as to send the clear message to the remaining that corruption and/ or incompetence will no longer be tolerated.

1 Pings/Trackbacks for "CIT(A), CA And MD Of Essar Group Held By CBI For Bribe Of Rs. 2 Crore"