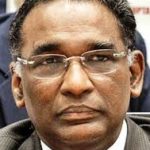 The Collegium is headed by Chief Justice T. S. Thakur and comprises of Justices A R Dave, J S Khehar, Dipak Misra apart from Justice Chelameswar. It has the grave responsibility of screening candidates for the position of judgeship of High Courts and of ensuring that only meritorious and deserving candidates are appointed.

Opaque system of approval of candidates for judgeship

Justice Chelameswar has been stunningly blunt in his criticism of the Collegium.

The learned Judge stated that the system adopted by the Collegium for selection of judges is not at all transparent and that no reason or opinion is recorded for the decisions taken.

Even known corrupt persons are considered

He also stated that two people in the Collegium decide the names and come back to the meeting and ask for a yes or no. He also stated that if a known corrupt person is being considered for appointment as a judge of the Supreme Court and if one of the members of the Collegium says he has evidence to back his opposition to his appointment, the person’s selection was still being decided on the basis of a majority vote instead of being outright rejected on the basis of the merit of the evidence provided by the single member of the Collegium.

“Ganging up” in the Collegium

Justice Chelameswar made the shocking disclosure that “people gang up in the Collegium” and overrule the objections of the other members of the Collegium.

By this process, genuine objections are not being considered and undesirable candidates are chosen to be judges of higher courts, the learned Judge said.

Understandably, this sorry state of affairs in the Supreme Court has alarmed eminent jurists.

“Bargaining” in the Collegium

Justice Markandey Katju, the retired judge of the Supreme Court, lamented that some of the “worst appointments” in the Supreme Court and High Courts have been made by the Collegium system due to its lack of transparency and opaqueness.

The Collegium system: Justice A tells Justice B ' You support my man, and I will support your man' pic.twitter.com/P0tmJVkLdN

Justice Katju explained that he has been a Judge for about 20 years and knows fully how the Collegium system really operates. It is a “You scratch my back and I will scratch your back” system he said.

He added that the members of the Collegium “bargain” with each other “to get their men selected”.

“Merit is thrown to the winds and many undeserving persons are selected” Justice Katju said in a chilling tone.

Eminent Jurist Fali Nariman also expressed his shock at the goings-on in the Supreme Court. He described Justice Chelameswar as an “otherwise excellent and sober judge” but said that he is “greatly perturbed” over the learned Judge going public over the alleged lack of transparency in the working of the Collegium system.

Fali Nariman described the concern of Justice Chelameswar about the lack of transparency as being “commendable”. However, he pointed out that the fact that the learned Judge went public about it implies that the other members of the collegium are not unduly concerned about the alleged lack of “transparency”. He also stated as the other judges are unlikely to speak up about the issue, the public will have only one side of the picture.

Fali Nariman suggested that a serving Judge should not publicly criticise the institution but should resign from his post if he finds the situation unbearable.

“If a judge in the Collegium doesn’t like the way it functions (for lack of transparency or any other) he can quit and then complain about why he quit. People would then understand him better,” Nariman said.

“If you think it is a matter of the gravest importance and you cannot in all conscience accept it or work with it, you can and you must if you are true to your oath resign so that the system must go on; people will know by and by why you resigned and will then sort things out”.

Fali Nariman also offered “unsolicited advice” to the judges of the Supreme Court that “the citadel never falls except from within”, implying that the learned Judges should take all steps necessary to reconcile their differences and work as one team as otherwise the consequences can be draconian for the institution.

It may be recalled that the learned Chief Justice of India had a few days ago warned the Government that the judiciary would be “forced to interfere to break the deadlock” if the Government continued to drag its feet in giving approval to the names recommended by the Collegium.

“Don’t try to bring this institution to a grinding halt. We won’t tolerate a logjam in judges’ appointment. It is stifling judicial work. We will fasten accountability now. Why is there mistrust? If this logjam continues, we will be forced to interfere judicially. We will ask for every file that was sent to you by the Collegium,” the learned Chief Justice had said.

However, the startling disclosures by Justice Justice J Chelameswar and Justice Markandey Katju that the Collegium may have approved persons who are not deserving of being conferred high positions raises doubts as to the credibility of the entire process of appointment of judges.

It is to be noted that while Justice Chelameswar has stated that he will not attend meetings of the Collegium, he has not withdrawn from its membership. Instead, he has requested the Collegium to send him their recommendations in writing so that he can peruse them and accord his views thereon. If the Collegium does accept this request, then the demand for transparency in the functioning of the Collegium and for recording its proceedings in writing will ipso facto be met. This will be the most dignified and sensible manner to resolve the crises!