Home › All Information › ITAT at the United Nations!

ITAT at the United Nations! 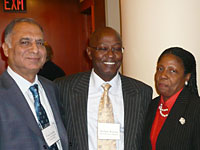 The Special Unit for South-South Cooperation of the United Nations Development Program, in close cooperation with the Financing for Development Office of the UN’s Department of Economic and Social Affairs (DESA), the New Rules for Global Finance Coalition and the Tax Justice Network conducted an international meeting on South-South Cooperation on tax for development at New York, May 22-23, 2008. The topic of the meeting was “Revenue’s Role in the Quest for Inclusive Development: What Works and What Can Work Better: South-South Sharing of Successful Tax Practices”. 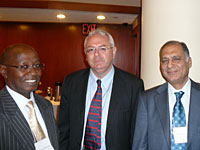 The participants in the meeting showed keen interest in the functioning of the ITAT and the ways and means in which this successful experiment can be replicated in other developing countries and transitional economies. The ITAT was described as the ‘greatest tax tribunal’ in the world by the UN officials and rich compliments were paid to its independence and competence.

A copy of the paper presented on behalf of the ITAT at the said meeting will be published shortly.

1 Pings/Trackbacks for "ITAT at the United Nations!"