editor Posted in All Information, Others — 31 Comments ↓ 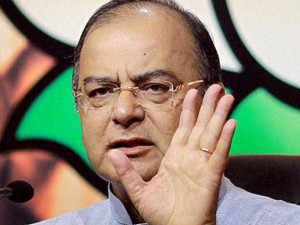 At the 31st Annual Conference of Principal Chief Commissioners etc, Hon’ble Shri Arun Jaitley, Union Finance Minister, sent the clear-cut message to the senior officers of the Income-tax Department that they have to be prompt in redressing the grievances of the tax payers and not harass honest tax payers. He emphasized that this is the “policy” of the Government. He added that while black money hoarders have to be “squeezed”, even that has to be done in a “free and transparent” manner.

Ms Anita Kapur, Chairperson, CBDT, endorsed this stance. She emphasized that the focus of the Department is the taxpayer who is the key stake holder. She reiterated the Department’s commitment to provide a fair, transparent, consistent, responsive and supportive tax regime. Speaking of the Department’s resolve to address taxpayer grievances, she said “Even a single tear matters”.

According to a report in the FE, in a bold attempt to reduce frivolous tax demands, the Income Tax Department has decided to overhaul the annual performance appraisal system for tax officials, relying on the quality and effectiveness of their work and not plainly on the quantum of tax demands raised.
Error-free and well-reasoned tax demands, which are made following all principles of natural justice and are not struck down by courts subsequently, would earn an officer a good grade, not frivolous, high-pitched tax claims that do not stand the test of appeal. Since one of the parameters of the new appraisal system would be the actual amount of tax eventually collected, field officers are likely to make realistic assessments.

The move is likely to cheer businesses, many of which had been confronted with huge tax demands in the recent past, especially in the case of cross-border transactions. It is also in sync with the Modi government’s promise of non-adversarial tax regime. While ensuring that tax officers are held accountable for their actions, the government would also make an earnest attempt to enhance the tax base from 4.7 crore assessees, FE said.