We are pleased to report that Dr. Anita Sumanth, a leading and highly respected advocate, has been appointed Judge of the Madras High Court with effect from 5th October 2016.

Dr. Sumanth hails from a family of leading lawyers practicing income-tax law. Her father, Late Shri. V. Ramachandran, was a highly respected senior advocate. Her paternal uncle, Late Shri. V. Balasubramanium, retired as Vice President of the ITAT. After retirement, he served as Counsel to the Income-tax department in the Bombay High Court. 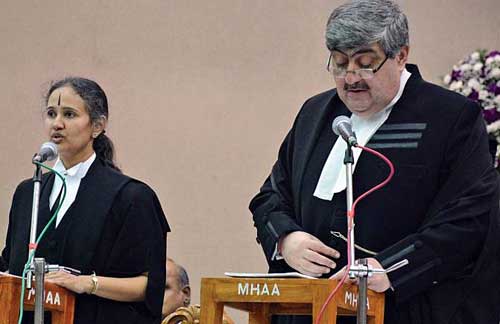 Dr. Sumanth takes an active interest in professional development. She was Chairperson of the AIFTP (Southern Zone) and has participated in several lectures on topics of interest to professionals.

It is noteworthy that in the past a number of other eminent tax professionals have been elevated to the Bench. Some names that readily come to mind are that of Hon’ble Justice J. K. Ranka who is presently serving in the Rajasthan High Court and Hon’ble Justice Rajesh Bindal who is presently serving in the Punjab & Haryana High Court. Both learned judges were leading tax advocates and also former members of the AIFTP.

We wish Dr. Sumanth good luck in her new responsibility.