editor Posted in All Information — No Comments ↓ 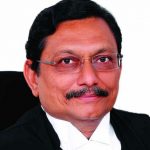 The Tax Bar has paid rich tribute to Honorable Mr.Justice Sharad Arvind Bobde on his appointment as the 47th Chief Justice of India. The Bombay Bar has already given 13 Chief Justices to Supreme Court. The learned Judge is party to several landmark judgements and has, inter alia, rich experience in dealing with direct tax matters

Honorable Mr.Justice Sharad Arvind Bobde will be the 47th Chief Justice of India and Honorable Justice will take oath on 18th November 2019.

Honorable Mr. Justice Sharad Arvind Bobde, Chief Justice elect, will be inaugurating the “Dev-Deepawali -National Tax Conference” at Varansi, organized by the All India Federation of Tax Practitioners on 11 the November 2019.

It is a proud moment for the legal fraternity of the Tax Bar that Honorable Justice is addressing the tax professionals across the country.

While addressing the legal fraternity on the occasion of 150 years of the Bombay Bar Association, Honorable Mr. Justice Bobde,stated that the Chamber culture in the High Courts and the Supreme Courts is diminishing.

While working in Chambers, the advocates could learn how to mention cases before the bench, defend the independence of the judiciary and all the essential skills of the profession. He encouraged the practicing advocates to train juniors and help them learn the nuances of law.

Honorable Mr. Justice Sharad Arvind Bobde has delivered many landmark judgements on various subjects including direct and indirect taxes, few of them are:

1. Assessee’s claim of depreciation on leased assets by taking a view that assessee had brought on record reliable documentary evidence showing genuineness of lease transactions in question, is allowable expenditure.

2. There was no prohibition in law that trust which qualified under sections 11 to 13, could not claim exemption under section 10(23EA).

3. Assessee’s turnover did not exceed monetary limit u/s.44AB assessee was not required to deduct tax at source u/s.194C.

4. Where AO made additions u/s.68 in respect of amount received as share capital from several companies, all of these companies were maintained by one person who was engaged in providing accommodation entries through paper companies and all such companies were located at same address, impugned addition was justified.

5. Activities of assessee were covered by S.2(15) and, thus, assessee’s claim for accumulation of income u/s.11(2) was to be allowed, SLP filed against said order was to be granted.

7. Where certain amount had been found to be credited in name of assessee-firm by way of a journal entry by which work-in-progress was transferred from old firm to assessee and found that there was no reason to doubt genuineness of transaction or capacity or identity of party, addition made by AO said amount as unexplained was not correct.

8. Merely because assessee had disclosed facts in return filed belatedly, it could be said that facts had not been disclosed. Therefore, penalty cannot be imposed u/s.271(1)(c).

9. Overdraft was not used for mere investment in shares of sister/subsidiary company to earn dividend but was used to have control over that company and further that such an investment was integral part of business of assessee. Assessee was entitled to deduction of interest paid on overdraft u/s.36(1)(iii).

Decisions on other important issues:

1. The UIDAI number or the AADHAR card may not be used by the respondents (Union of India) for any purpose other than PDS Scheme and in particular for the purpose of distribution of foodgrains, etc. and cooking fuel, such as kerosene. The information obtained by the UIDAI while issuing the AADHAR card shall notbe used for any other purpose other than, save as above, except as may be directed by a Court for the purpose of criminal investigation.

This provision also makes it clear that an opportunity to hear the licensee could be dispensed with if the Central Government considers that in public interest. This Court finds that the grave air quality situation in NCR is one such case, where this Court, can intervene and suspend the licenses to store and sell fireworks in the NCR.

Dr. Y. P. Trivedi, Senior Advocate, welcomed the elevation of Justice Shared Bobde as the Chief Justice of India. He described it as a matter of great pride for the Bombay Bar which has given 13 Chief Justices to Supreme Court.

“I feel particularly happy because I had appeared with his father Shri Arvind Bobde, and our common friend Shri N. K. P. Salve in some matters. He has a very sharp mind and deep sense of Justice when he decried, the frivolous filing of P. I. L. We wish him a great success in his assignment,” Shri. Trivedi stated.

Dr. K. Shivram, Senior Advocate, stated that “Honorable Mr Justice Sharad Arvind Bobde is a good listener and able admistrator. With his administrative skill lordship will try his best to reduce the pendency of matters before APEX Court.”

He pointed out that the Tax Bar is proposing to make very constructive suggestions to reduce the tax litigation across the Country, institutionalization process of elevation of the Honourable Judicial members of the ITAT, increase the retirement age of Judges of the High Court and Members of the Appellate Tribunal from 62 years to 65 years and digitalization of pendency of tax matters before High Courts and Apex Court.

Shri P.C .Joshi, Advocate, stated that “During Diwali Festivals we were overjoyed with the news of the President singing the warrant of appointing justice S ABobde as the next Chief Justice of India. Justice Bobde had a fairly long tenure of practice before Nagpur Bench of Bombay High Court, however as a lawyer he used to come over to Bombay for some important matters as well. Being a fourth generation lawyer Justice Bobde inherited basic principles of law. His father was Shri. Arvind Bobde was Advocate General of Maharashtra. Taking a clue from him justice Bobde decided to opt for service to nation by accepting the judgeship of the High Court in the year 2000, soon after he was designated as a Senior Advocate“.

He also stated that the learned Judge’s appointment would be an asset to the Supreme court for deciding cases of direct and indirect taxes.

“On behalf of Bar Association of Sales Tax I had the privilege of felicitating Lordship with the hope that during his regime as the Chief Justice of India his Lordhsip would deliver many more land mark historical judgements as a presiding judge of several matters of taxation pending decision by larger / constitution Bench,” he added.

Dr. P. Daniel, Advocate, stated that “I had the fortune of appearing before the Honorable Mr Justice Sharad Arvind Bobde at Goa Bench of Bombay High Court. His Lordship is one of the finest Judges and a great human being.

We wish all the success to Honorable Mr. Justice Sharad Arvind Bobde as Chief Justice of India.